Cap's Corner: Our politics of personal destruction is wrong 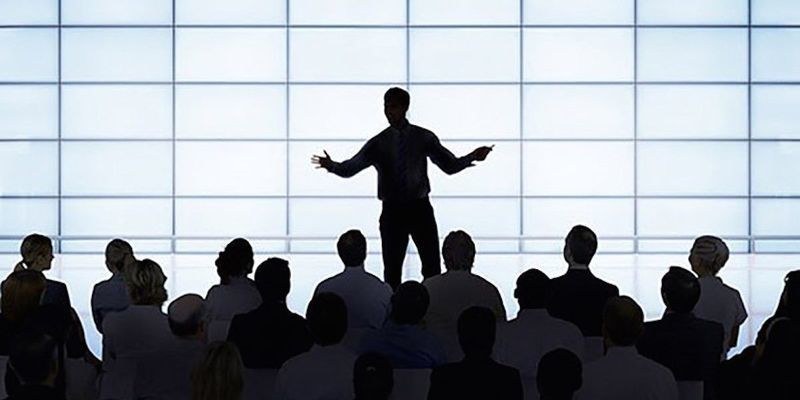 Our country is in the grips of politics of personal destruction. Now, one may argue that there is nothing new with this. I mean, the candidates of both sides, most often, have no problem going down into the gutter to find and throw dirt at their political opponents. This is and has been true for as long as I can remember, and probably has been the case since the first day politicians have been fighting for votes.

However, today’s politics of personal destruction seems to have no boundaries, and no limits. Just accusations are now enough to destroy, not only a person’s livelihood, but their personal life as well, and BOTH SIDES are just as guilty. There seems to be no consideration for events that may or may not have taken place decades ago, when the candidates were teenagers or in their early twenties, and now even the children of candidates are fair game to tear into and destroy regardless if they themselves are in a political position.

This is not only unhealthy, but it is so wrong on so many levels. Using today’s standards, and I am now talking to all Christians regardless of their political leanings, we would not, could not follow or even listen to any of Adam or Eve’s teachings. They broke a rule, one of the very few rules they had, and because of their selfishness, all of humankind has been paying for their mistake. We certainly would not, could not follow Father Abraham, because he is a liar that is willing to place his wife in places of danger to keep him from harm. We could not follow King David, Moses, Noah, Peter, Paul, and this biblical list just continues to grow and grow. Why, we couldn’t even follow Jesus, because he called a woman a dog, and was willing to hang out with people who should be shunned in polite society.

Can you see where our politics of personal destruction is wrong, but it is also tearing us apart, and almost guaranteeing us candidates of the worst kind. It helps make sure that good qualified candidates would not want to run for an office, if heaven forbid, they had ever sinned in the past, but it does not matter to people who’s character is such that they just don’t care. Those who don’t care about what you or others think about them have very little or no humility, and that should scare all of us.
Unfortunately, our society has not limited this to just the political realms of our society, but has now reached into just about all aspects of our society. I for one, would not want you, or my family to know some of the stupid stuff I had done in my youth. Somewhere along the line, our country has forgotten that there is not one righteous person, not a one. And this brings me to what you, as a Christian can and should do about it.

First off, do not participate in the politics of personal destruction. If you hear someone talking about something that a political person had done many years ago do not engage in that conversation. Or, if you are truly compelled to do so, than I pray you defend them, even, or especially if belong to the other side politically.
As a Christian, you know that there is no perfect person, outside of Jesus, and that we are not the sum of our own sins, and we should not judge others as the sum of their sins.
Second thing, we are in the forgiveness business and not the business of taking up someone else’s offense. As so much as the political candidate may have done something stupid, wrong, or even illegal in the distance past, the odds are he or she did not do that wrong to you.

Third and final thing is that we are taught, by Jesus, that we will be judge according to how we judge others. Now, stop and think about how you would like to be judged. Think about how you may have judged one or more of our political leaders, and ask yourself if you want God to judge you with the same lenses that you are judging.
This poison of the politics of personal destruction has grown like a cancer in our society, so much so that now more than half of the citizens of the United States are afraid to speak honestly about their political or religious believes. People are scared to express their true feelings about these things, because they fear retribution. We were once the land of the free, and that included free speech (this also means hate speech) and freedom of religion (including freedom to express no religion).

Once upon a time, our universities were the very institutes that protected these freedoms, but now, out of fear, they have become the duct tape that silences these freedoms. Speech control does not make a society safer, but the very opposite, because if “they” can control speech the next step is controlling thought.

Until we all remember that there is not one perfect faultless person, we will continue to prevent good leaders willing to take the chance to lead. God gave each of us grace and mercy, and we are called to do the same to each other. Stop the politics of personal destruction.