Review: JOKER is disturbing and captivating 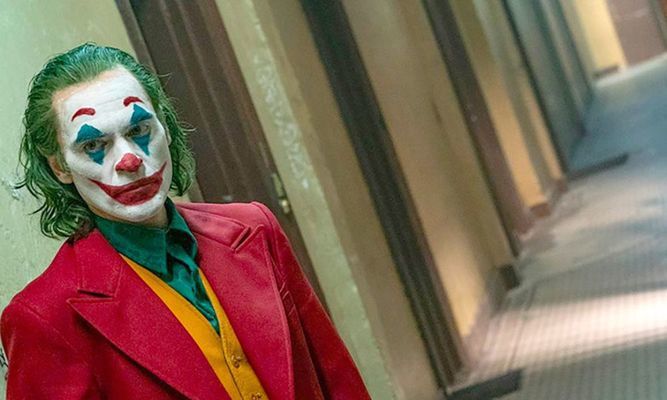 “I used to think my life was a tragedy...now, I realize it's a comedy.”

Last weekend saw the white hot box office release of Todd Phillips controversial, harrowing, and tragic JOKER film, detailing the origins of Gotham City's greatest villain but forsaking capes and cowls for a gritty, intimate, character-driven drama about mental illness, sympathy, and what happens when someone has just one bad day.

JOKER stars Oscar-nominee Joaquin Phoenix as Arthur Fleck, a mentally unwell man who exists on the fringes of society in the oppressive urban Hell of Gotham City in the 1980's.

Arthur is a clown-for-hire with dreams of becoming a stand-up comedian, like his idol, late-night TV personality Murray Franklin (Robert DeNiro) and frequently escapes his heavily medicated life with his ailing mother Penny (Frances Conroy) with vivid fantasies, including courting a single mother in his apartment complex (Zazie Beetz).

Gotham is torn apart by classism and societal woes as billionaire patriarch Thomas Wayne (Brett Cullen) campaigns for Mayor, representing the 1% and the free-reign of the rich. It is thanks to this that one fateful night alters Arthur's life completely and puts him on a collision course with destiny, and the inevitable future he will have as Gotham's Clown Prince of Crime.

JOKER, Rated R and clocking in at just shy of 3-hours, is not a “comic book movie”. Nor is it the “Alt-right extremist” picture that the leftist media was trying to push it as. JOKER is, at it's core, a film about loneliness. A film about isolation. How we isolate those who are different from us, and how such a blatant disregard for mental wellness- and state funded mental healthcare- can tear apart lives and turn individuals into products of their environments, for better or worse. Does tragedy shape us into Arthur Flecks or Bruce Waynes? Is there an in-between?

The film is hard to watch, Truly the most unsettling thing I've sat through in the movie theaters in my life. Phoenix's feral, unhinged performance teeters on a wire between the terrifying and sympathetic. Arthur is more than just a “man who snaps” and becomes The Joker as we know it. He is a man who has been constantly berated and brought down by the world around him- it isn't until he stops taking his meds that he becomes less Arthur and more 'Joker'. This comes to a head as Arthur, donning his red suit with his make-up and green hair, descends the iconic staircase by his apartment used earlier in the film as a symbol of monotony and struggle that we truly see the method to the director- and to Arthur Fleck's- madness.

Joker descends the stairs, dancing and merry, finally free of all that has bound him. Tethered him to normalcy. His descent mirrors the classic hero ascension, much as JOKER is the inverse of the classic heroic origin film. This, Todd Phillips seems to say with his direction and script, is the dirty side of Bruce Wayne's rise to Batman. Wayne Manor is a ghetto apartment. Bruce's loving parents are a sexually and physically abusive absentee father and a mentally deranged- and abusive- mother. His guardian Alfred is a cabinet of pills and medications. Arthur Fleck's war-paint is Bruce Wayne's cowl, and a deep look into the mirrored psychosis of each party. Is Arthur Fleck the Joker, or is the Joker Arthur Fleck? Does Bruce Wayne become Batman, or does Batman hide as Bruce Wayne?

JOKER is disturbing. Violent. Harrowing. An intimate and shockingly textured study of mental illness and the forms it can take. If JOKER isn't the best film of the year, it's damn close to it. A must-see by all means.