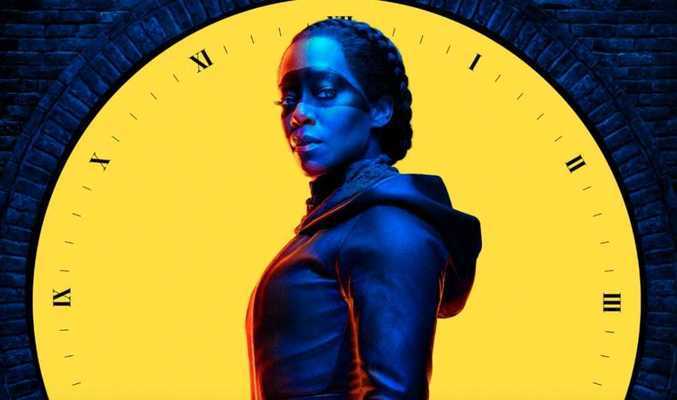 "I gotta nose for white supremacy...and he smells like bleach."

HBO's next flagship series in the wake of cultural milestones like "True Detective" and "Game of Thrones" has arrived in the form of WATCHMEN, based off the groundbreaking and landscape changing 1980's comic book series by Alan Moore and Dave Gibbons. Famously adapted into a visually stunning and narratively complex film in 2009 by Zack Snyder, this series picks up where the comic book left off in a world where the United States won the war in Vietnam, where "superheroes" very much exist, and where humanity survived one apocalypse only to come face-to-face with another.

The series is handled by Damon Lindelof who many will recognize from HBO's religious drama "The Leftovers" and from ABC's "LOST" in the early 2000's.

WATCHMEN opens in Tulsa during the Black Wall Street Massacre in 1921 before jumping forward into a familiar yet wildly different 2019 where a Tulsa policeman is gunned down by a masked shooter part of a white supremacist terrorist cell known as The Seventh Kavalry. This shooting stirs "retired" policewoman Angela Abar (Regina King) into action, who stalks the night as an officially sanctioned vigilante by the name of "Sister Night" who answers to Tulsa P.D. Chief Judd Crawford (Don Johnson). With help from another police vigilante known as "Looking Glass" played by a meticulous Tim Blake Nelson, the hunt is on to track down the Kavalry before they can strike again.

WATCHMEN presents a world where the police wear yellow masks to hide their identities after an event called "The White Night" left several Tulsa P.D. officers killed or brutally wounded, creating an interesting dynamic where a black female officer- our series lead- is leading the "good guys", the police officers, in a distorted mirror to our world where relations between our own police and people of color, or the public at large, is a strained as ever. This irony is no-doubt not going to be lost on the narrative as the series continues.

Fans of the comic, and the movie, will notice tons of interesting details about the world here, and Oklahoma audiences will find a lot to talk about- especially as far as the race riots of the 1920's are concerned, an event which has largely been glossed over by our own history books. As a piece of alternate history fiction, WATCHMEN occupies a similar space to Amazon Prime's "The Man In The High Castle" with similar social parallels.

In this world, for instance, America's borders have expanded internationally. Vietnam is now a state, and after winning Vietnam, President Nixon stayed in power for several more terms followed by President Robert Redford (yes, that Robert Redford). The trailer parks where a few of the Kavalrymen are set up in are referred to as "Nixonvilles", a play on the Hoovervilles of the Depression, and reparations have seemingly been paid to African Americans by way for "Redfordrations", but the series has yet to elaborate on the politics of that as of episode 1.

Also starring in the series is Jean Smart (Fargo, Sweet Home Alabama) as FBI Agent Laurie Blake, whom fans will recognize as Silk Spectre II, the daughter of the famous Watchmen heroes Silk Spectre and The Comedian. Louis Gossett Jr appears as a survivor of the 1920 riots who seems like he has quite a few secrets to spill as well.

The series' big bad is of course Adrian Veidt, the antagonistic mastermind from the comic book and the smartest man on the planet, played by genre-savvy British thespian Jeremy Irons. In all, episode 1 of WATCHMEN was thoroughly engaging and promises a season full of surprises. I'd highly recommend it.

So, "Who watches the watchmen?"