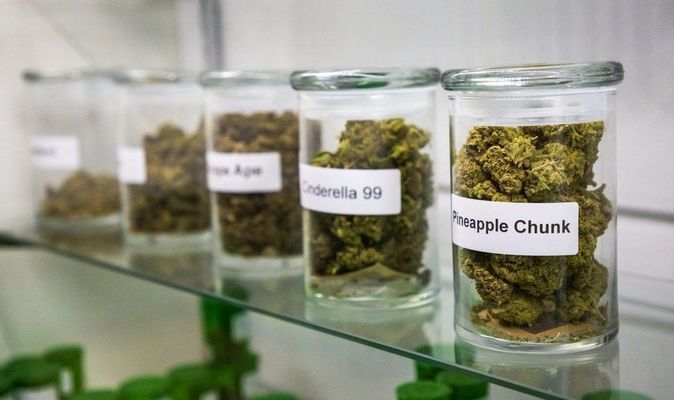 Blackwell Mayor T.J. Greenfield has applied to remove his name from a medical marijuana grower’s license held by a company he partly owned as of Oct. 17.

Greenfield filed an ownership change request form with the Oklahoma Medical Marijuana Authority on Oct. 17, one day after he received a letter from City Attorney Bryce Kennedy advising him that public officials are prohibited from having grower’s licenses under state law.

Greenfield confirmed to the Journal-Tribune that he has a grower’s license through Synergy Genetics, which produces medical marijuana at 105 S. Main Street, according to the Oklahoma Bureau of Narcotics.

Greenfield said he was “unaware” that Oklahoma House Bill 2612, better known as the Unity Bill, bars public officials from holding licenses to grow medical marijuana. The law specifically prohibits “an officer or employee of the Authority or municipality” from having a license.

In the letter he wrote to Greenfield, Kennedy said, “Holding the position of Mayor may adversely affect your ability to hold this license.”

Greenfield allegedly received his grower’s license in June, and the Unity Bill went into effect in August. Greenfield claimed that he was “grandfathered in” because he received his license before the Unity Bill went into effect, and he said it is “not an issue” for him to hold a license. He added that his name would be removed by the end of the day on Oct. 17.

But Melissa Miller, assistant director of the Oklahoma Medical Marijuana Authority, said that there is no “grandfathering” allowed under the Unity Bill. Those who obtained licenses before the act went into effect must still be in full compliance with the law.

“My understanding is there would not be grandfathering on that piece,” Miller said.

To remove a name from a grower’s license, an individual must relinquish his ownership of the business and fill out an ownership change request form with the OMMA. The name would be removed from the license if the person “no longer had any ownership in the company, and they made that change request,” Miller said.

The process of removing a name from a license generally takes “two to three weeks,” not one day, according to Miller. The business would have to produce a list of owners and other supporting legal documents to prove that ownership has changed.

To add a new owner to the license, the ownership change request would have to include both the removal of the old owner and the addition of a new one.

The Journal-Tribune first reported on the mayor’s license Oct. 17 after receiving an anonymous tip from a community member.

The following day, KFOR – News Channel 4 also reported on the mayor’s license. In her report, a KFOR reporter briefly discussed the City Council’s investigation into contracts made between the city and Greenfield’s shuttered concrete company over a three-year period. She also spoke about an investigation by the state auditor’s office into the same issues.