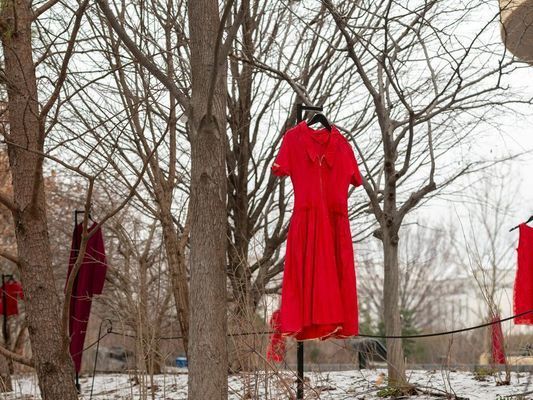 The Department of Justice announced recently that it has awarded over $273.4 million in grants to improve public safety, serve victims of crime, combat violence against women, and support youth programs in American Indian and Alaska Native communities. The Western District of Oklahoma jurisdiction will receive $8,536,419 for the tribes within its area.

“Violent crime and domestic abuse in American Indian and Alaska Native communities remain at unacceptably high levels, and they demand a response that is both clear and comprehensive,” said Attorney General William P. Barr.  “We will continue to work closely with our tribal partners to guarantee they have the resources they need to curb violence and bring healing to the victims most profoundly affected by it.”

“My office is thrilled that tribes will be receiving funds to support public safety in Indian Country,” said U.S. Attorney Timothy J. Downing.  “The U.S. Attorney’s Office will continue to work with federal, state, and tribal officials to keep tribal members safe and promote health and well-being in Indian Country.”

The following amounts have been awarded to Western District of Oklahoma tribes for the programs indicated: Kaw Nation - $1,619,868 with Violence Against Women Tribal Governments Program ($899,955) and Tribal Victim Services Program ($719,913) the funding sources; Tonkawa Tribe of Indians of Oklahoma - $171,760 for Public Safety and Community Policing. The Absentee Shawnee Tribe of Indians of Oklahoma will receive $2,142,292 with Public Safety and Community Policing ($499,549), Justice Systems and Alcohol and Substance Abuse ($750,000), Tribal Youth Programs ($392,7430 and Addressing Violent Crime in Tribal Communities ($500,000) the target programs.

The Cheyenne and Arapaho Tribes received $1,050,000 with Comprehensive Tribal Justice Systems Strategic Planning ($150,000) being the primary target of the funds. The Citizen Potawatomi Nation received $171,757 for Public Safety and Community Policing. The Comanche Nation will be receiving $1,142,023 with Justice Systems and Alcohol and Substance Abuse ($749,467) and Tribal Youth Program ($392,556) being the targeted programs.

Nationwide, 236 grants were awarded to 149 American Indian tribes, Alaska Native villages, and other tribal designees through the Coordinated Tribal Assistance Solicitation, a streamlined application for tribal-specific grant programs.  Of the $118 million awarded via CTAS, just over $62.6 million comes from the Office of Justice Programs, about $33.1 million from the Office on Violence Against Women, and more than $23.2 million from the Office of Community Oriented Policing Services.

Awards and other programming totaling $167.2 million in a set-aside program to serve victims of crime were also announced.

The Department also provided $6.1 million to help tribes to comply with federal law on sex offender registration and notification, $1.7 million in separate funding to assist tribal youth, and nearly $500,000 to support other public-safety-related topics.