Review: THE PEANUT BUTTER FALCON is a moving story about friendship 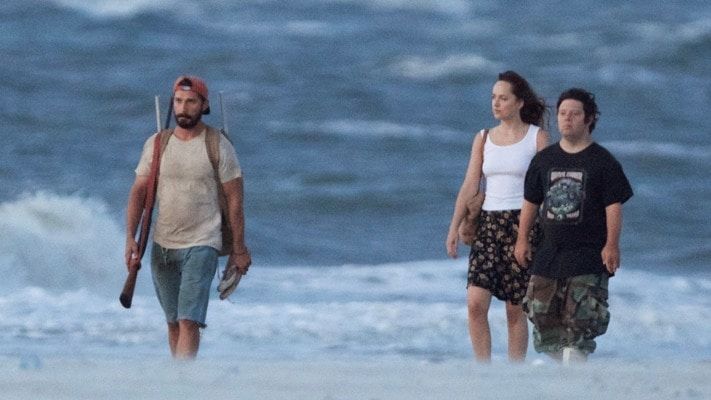 “Friends are the family you choose.”

THE PEANUT BUTTER FALCON is a modern Mark Twain fable about friendship that will leave your heart on fire and, maybe, have your faith in mankind just a bit rekindled.

The film stars Zack Gottsagen as Zak, a 22 year old with Down Syndrome who lives in a decrepit North Carolina nursing home that lives in the hazy dream of an old VHS tape of a professional wrestler by the name of the Salt Water Redneck that he watches religiously.

Zak, unsatisfied with his situation, escapes the home and crosses paths with Tyler, a rugged, jaded, wayward fisherman on the run who carries a bag of cigarette butts and a bottle of moonshine, played expertly by Shia LaBeouf.

Zak is determined to make it to a wrestling academy in in the Outer Banks, and Tyler reluctantly agrees to guide him there on his journey to start a new life in Florida. Soon, Eleanor (Dakota Johnson), a caretaker from the nursing home determined to bring Zak back, crosses their path and the three begin a hilarious, quirky, and moving journey that left this particular critic in tears through the ending.

The film is unique for the fact the lead is played by an actual actor with Down Syndrome, and acts as a lighter and more positive companion piece to this month's JOKER film in the way it deals with- and sheds light on- mental illnesses and handicaps.

Written and directed by indie filmmakers Tyler Nilson and Michael Schwartz, the film is so full of life you can reach out and touch it. Shia LaBeouf, who transformed from awkward teen-star to brooding artistic thespian, is seen in a new light here as a fractured but genuinely wholesome person who takes Zak under his wing, dealing with his own baggage in the process. It's Tyler's grit and streetwise way of life, and dialogue, that allow his messages of morality to come across as more meaningful and from the heart than off the pages of a generic script.

At one point Zak tearfully admits that he was called retarded by his wrestling coach in school, and that he had to be a “bad guy” because he had no friends or family. Tyler spits out some tobacco and tells Zak plainly, “f_ck your coach.” He doesn't mince words or try to appeal to anyone, he simply tells Zak how it is. Language and content aside, PEANUT BUTTER FALCON is a film I desperately believe should be shown to youth groups and in schools. There's a lot of great lessons to be found here.

The edginess of the setting and rougher characters make the sweet moments that much better, enhancing the entire palette of the film.

On the artistic side, PEANUT BUTTER FALCON seems to have a lot in common with other rural odysseys like O BROTHER WHERE ART THOU, including a soundtrack laden with country and indie rock that perfectly compliments the luscious views of bayous and southern vistas as Zak and Tyler journey south.

PEANUT BUTTER FALCON is just a great film, hands down. It was one I was very excited to see and walked out with my expectations not only met, but exceeded, in no small part thanks to a stoic and heartfelt turn by Thomas Hayden-Church as Zak's hero, The Saltwater Redneck, in one of the film's most humbling moments.