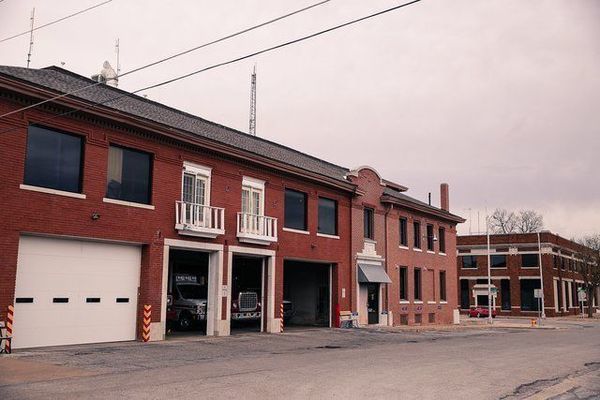 The Blackwell City Council held a lengthy meeting Oct. 17 in which Council members discussed and passed new city ordinances. Here are three ordinances that you need to know about.

Blackwell residents looking to enjoy a night around the campfire are now able to do so in their own backyards.

The Council approved Ordinance 2019-20, which allows open burning within the city limits.

“This ordinance will allow burning in your fire pits and chimeneas,” Hanebrink said. “You’re doing away with [the old ordinance] so people can sit around the fire and have a good time in the evening.”

Residents seeking to burn large piles of brush on their property may do so in the city limits, but they must first obtain a permit from the fire department. The fire department can be reached by calling 580-363-5490.

Under an ordinance passed at the meeting, the prices for dumpsters shared between Blackwell residents will decrease.

The ordinance will reduce the price of a shared dumpster from $35 to $31.10 per person.

The price was reduced to bring the cost of a shared dumpster “in line” with the amount of money the city pays its waste collection contractor, Davis Sanitation.

While evaluating the city’s shared dumpster ordinance, Smith and her staff discovered that the city has not renewed its contract with Davis since 2007. Earlier this year, the city put its waste services contract out for bid as it does annually. When the bid was accepted, the city and Davis signed a contract, bringing their working agreement up-to-date.

“We’re on target with how much we’re supposed to be paying them, and these numbers are in line with that,” Smith said.

Council members discussed an ordinance that would allow Blackwell residents to ride all-terrain vehicles and golf carts on city streets, though the Council ultimately took no action on the item.

Under the proposed ordinance, ATVs and golf carts would be allowed to drive on city streets and alleys, but they would not be allowed to drive on state highways with posted speed limits above 35 miles per hour. While drivers would have to stick to streets in town with lower speed limits, Blackwell Chief of Police Dewayne Wood said he had “apprehension” about the proposed ordinance.

“I don’t see that the ordinance allowing motor vehicles that are manufactured, strictly designed and intended for a specific purpose other than driving on the streets is making our community any safer,” Wood said.

As a police officer, Wood said he is concerned about accidents involving an off-road vehicles. He cited an example near to his heart: An accident that took place in 2015 involving his own son.

Wood said his son was driving a small Honda car when he was rear-ended by a person who was texting and driving. Wood’s son was left unconscious, and the earring of the female passenger was ejected from her ear. Wood’s son and the passenger lived, but Wood fears that a similar situation involving an ATV would prove fatal.

“If that happens to an ATV or a UTV, it’s probably a fatality,” Wood said. “That’s the stuff that concerns me.”

Wood also discussed an incident in 2008 in which a Blackwell youth was killed in an ATV accident on Bridge Avenue. “That kid lost his life, and that’s not too long ago,” Wood said. “I don’t want to sound like I’m not a fun guy, but I just see safety concerns with this.”

The Council passed a resolution calling for an election in April. More information on the election will be provided in future editions of the Journal-Tribune.

The Council also tabled a measure that would allow Guernsey Engineering to design a new facility in which the city fire department could store equipment.