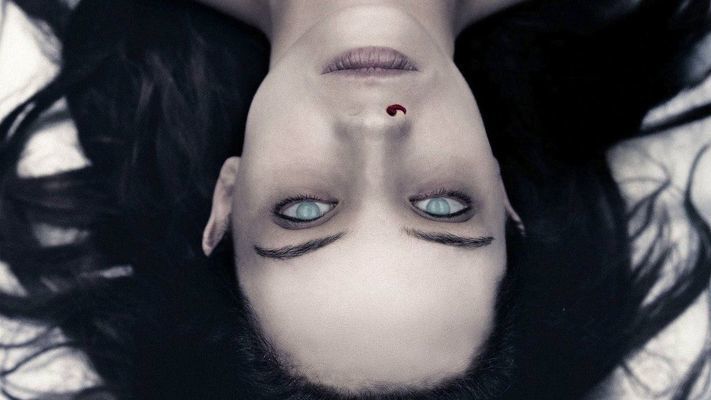 It's Halloween this Thursday, October 31, so let's get down to the spooky business and go over the absolute best films to terrify and tantalize if you're planning on staying in, or having a belated weekend marathon to send-off the chilling season while you're packing up your black cats and pumpkins.

THE AUTOPSY OF JANE DOE

Directed by Norwegian filmmaker André Øvredal who helmed this summer's SCARY STORIES TO TELL IN THE DARK, 2016's “Jane Doe” follows a father and son team of coroners (Emile Hirsch and Brian Cox) in their cozy New England funeral home who are tasked with inspecting a mysterious unidentified corpse (the titular Jane Doe) found at a gruesome homicide. An ominous wind haunts the air, and soon they realize that this mysterious corpse is more horrific than they could ever imagine.

I watched this film with some friends a few years ago, and while we all fancy ourselves to be hardasses, there were more than a few scenes we watched from behind our fingers, especially in the blood curdling climax. THE AUTOPSY OF JANE DOE is streaming on Netflix.

This 2010 remake of the Swedish horror/romance LET THE RIGHT ONE IN follows a troubled, bullied 12 year-old in the middle of a depressing divorce (Kodi Smit-McPhee) who meets a mysterious young girl (Chloe Grace Moretz) that has just moved to his snowy New Mexico apartment complex. As she begins to open up to him, and he falls in love with her, he soon realizes what she is, and nothing is ever the same.

Directed by Matt Reeves, who is soon to be directing Robert Pattinson as THE BATMAN, LET ME IN is a film that made me cry, nearly throw up, and be genuinely depressed by, all in the same viewing. Not for the faint of heart, or those in need of a “happy” time. LET ME IN is available to watch through Starz or purchase on Amazon Prime.

The first kind of close encounter is sighting. The second is evidence. The third is contact...and The Fourth Kind is abduction. This 2009 thriller, written and directed by Nigerian horror enthusiast Olatunde Osunsanmi, stars genre-starlet Milla Jovovich as weary psychologist Dr. Abigail Tyler in Nome, Alaska, a remote location in the god-forsaken tundra that, since the 1960's, has had a record number of disappearances. Dr. Tyler's sessions become more troubling as she believes her clients are victims of horrific alien abductions, all signaled by a hair-raising white owl.

I will never not recommend this movie because it scared the absolute Hell out of my friends and I, and is genuinely a fascinating film in it's own right. THE FOURTH KIND can be found on HBO Now or purchase through Amazon Prime.

Perhaps the most surreal entry on any horror marathon, Tarsem Singh's 2000 masterpiece stars Jennifer Lopez (now poised to enter the Best Actor race for HUSTLERS) as a psychologist who, aided by a chain-smoking FBI Agent (Vince Vaughn), uses a daring method to (literally) enter the mind of a deranged serial killer (Vincent D'Onofrio) to find where his latest victim is being held. THE CELL is troubling and beautiful, and is genuinely such a visually decadent (and gory) picture you could print out the whole film and display it in a gallery as one giant art piece. If SILENCE OF THE LAMBS dropped acid and had a really bad trip, that would be THE CELL, now streaming on Netflix.

Hope you find something to enjoy here!