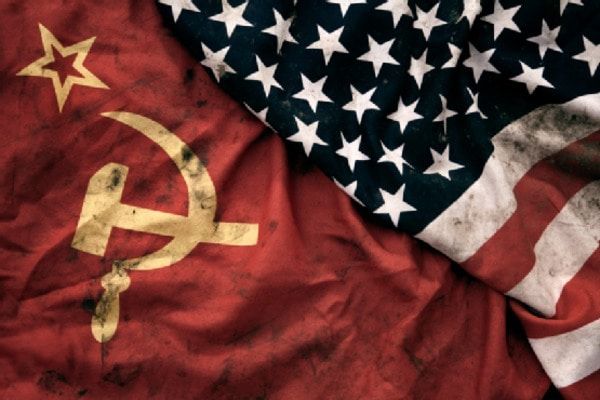 I recently heard on the radio that roughly 70% of millennials would prefer socialism or communism over capitalism. At my age, I fall right in the gap between the Baby Boomers and Generation X. This means that I grew up in the height of the Cold War against communism, and just two decades after we fought a world war against Nazi socialism.

I want to point this out in order to acknowledge my own prejudices, which I inherited because of my upbringing. This is probably true for all of the generations that predate millennials. This does not mean that everyone from those generations holds the same prejudices against socialism and communism, but it is true for the vast majority of them.

And now, we hear that 70% of Americans in the millennial generation think that socialism and/or communism are more humane, ethical economic systems.

I am sure there are several reasons why we see such a huge “swing” in this perspective. One reason is that many in Hollywood – and many in universities throughout our country – have been pushing this agenda. But to be honest, capitalism has given them some reasons.

Let’s face it: Capitalism, on its own, has a bad history. It has a history of greed. Child labor. Unsafe practices. And putting the bottom line over the value of an individual’s safety, dignity, and even the environment. For no other reason, that is why unions were so important. Unions became the “check” on unchecked capitalism, but they have not been the only ones to serve that function. Our government, in its past, has used its authority to break up monopolies, ensure safer work environments, and promote environmentally friendly practices. We remember seeing rivers catch on fire. And of course, who can forget the commercial of the American Indian crying?

However, the solutions sometimes become the problems. We have seen where both unions and the government have abused their own power and, at times, made situations even worse.

I agree with many of the complaints about capitalism. Seriously, how much does a CEO really need to make in comparison to his or her workers? When is too much, too much? These are all good questions, but what has this got to do with God, the Bible, or even religion?

I have been going through the book of Luke, and one of the major points that the author of Luke makes again and again is that Jesus is very much concerned about how people use their wealth. As a Christian, I believe that everything I have has come from God. If that is true, don’t you think God is going to be interested in what you did with what He gave you?

At this point, it might seem as if I am agreeing with our younger brothers and sisters, but I am not. As much as I see the ethical challenges in capitalism, I see the unethical processes of socialism and/or communism. For socialism and/or communism to work, that means the government is forcing people at gunpoint to give up money that they have earned. Sometimes, it’s a very high percentage of their income. Let that one sink in for a while.

Capitalism has many issues, but it has also been the best vehicle in the history of humankind to help raise people out of poverty – better than any other economic system that has ever been tried. Both socialism and communism have been tried, and have failed, many times.

I fear socialism and communism much more than I fear the evils of capitalism. I would love to see ethics classes become mandatory in business classes. That has been one of the unintentional consequences of removing the Bible from our schools. If for no other reason, the Bible at least taught ethics, and we replaced it with nothing. We are now reaping what we have sown.