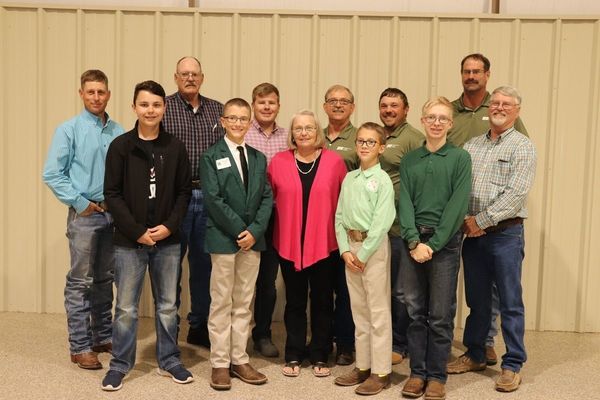 Kay County Farm Bureau’s annual meeting was held Oct. 3 in the event center at the Kay County Fairgrounds in Blackwell.

Simunek then advised the members that the organization is still looking for a new building for the county office in Blackwell.

Brandon presented two resolutions from the board of director’s resolution meeting in September. The first resolution states that Kay County Farm Bureau is against the sale of certified or patented seed wheat overseas. It also stated that the organization is against border sales or trades for the use of planting and growing crops for overseas sale or trade.

The second resolution states that the organization does not support the Green New Deal.

The floor was opened for members to submit resolutions, but none were submitted. The two resolutions presented were approved by the members and will now be presented to the Farm Bureau Resolution Committee at the state convention in November.

Next, board members Schneeberger, Jeffries, and Urban were reelected to the board.

After the election of board members, Didlake, a clinical resource nurse with AllianceHealth Ponca City, gave a presentation entitled, “Heart Attacks Have Beginnings.” She allowed members to participate in hands-on CPR demonstrations after the meeting.

Engelking gave a report on activities the Women’s Leadership Committee has participated in throughout the last year, and she detailed the groups’ upcoming events. Oklahoma Farm Bureau is participating in a drive to donate individually-wrapped snacks to the Oklahoma Ronald McDonald House charities in Oklahoma City and Tulsa. The organization will also join a campaign with the American Farm Bureau Federation to raise $100,000 for the Ronald McDonald House in honor of the federation’s centennial.

After delegates to the upcoming state convention were elected, the evening’s vendor and trade show participants were thanked, and the meeting was adjourned.