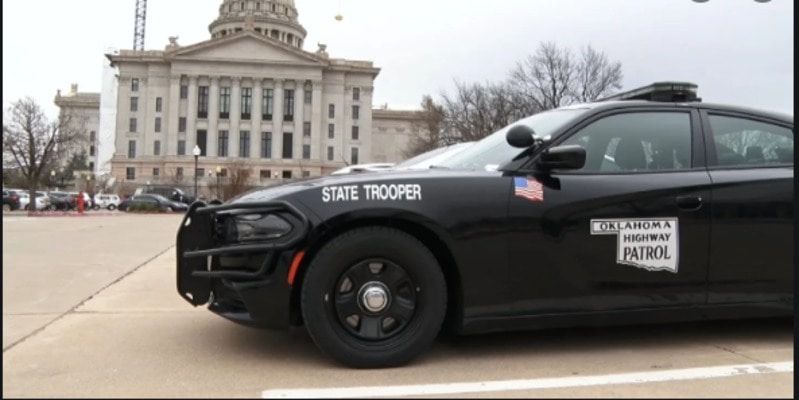 I looked down to see whom the message was from.

“Just FYI, if something were to ever happen …,” the text began.

She told me the location of my family’s important papers, the name of our family attorney, the name of our life insurance agent, and the instructions for operating the family trust until I turn 21.

The last sentence in her text: “I love you.”

I was confused. It was all out of the blue.

What is this about?

I didn’t have to wait long to find out.

That day, my family came close to being in a potentially deadly head-on collision. Had it not been for a heroic Oklahoma state trooper, they might have gotten too close.

Nov. 9 started off normally. I was at home for the weekend. My parents and my sister were driving to Tulsa to get some new contact lenses. They hopped on Interstate 35 west of Blackwell, and they were driving south to get on the turnpike to Tulsa.

Around mile marker 208, my dad saw the flashing red and blue lights of a highway patrol car up ahead. He moved over into the center lane – just in time to avoid being hit head-on by a man driving a gray pickup truck northbound along the southbound shoulder of the road at a speed of nearly 100 miles per hour.

“We were just a little bit past mile marker 208, and we saw some flashing lights up ahead,” my father, Phil Green, said. “I just assumed it was a traffic stop, and the law says you’ve got to move over. So we literally switched over from the righthand lane to the inside lane, and no sooner than I did that, a gray pickup zoomed right past me going in the opposite direction, northbound on the southbound lanes, driving probably 100 miles per hour on the shoulder.

“It scared the dickens out of us because, you know, we were literally just sitting there seconds earlier, and we never saw this guy. Had it not been for those highway patrolman’s lights, we would have never even known something was up.”

It was early in the morning, and the truck’s gray paint blended in with the dark sky. Had the trooper not been there with his lights on, my father would not have been able to see the truck, and he wouldn’t have moved into the other lane, he said.

“We could have easily swerved just far enough to the right and hit him,” my dad said of the truck. “None of us would have survived that head-on. Had it not been for those lights, I would have never switched lanes. I would have been right there on the shoulder.”

“He saved some lives,” my dad said of the trooper.

My mother, Julie Green, was sitting right next to my father in the car that day. She praised the work of the trooper, who put himself in harm’s way to save the lives of others.

“I just don’t think law enforcement gets enough respect,” she said. “They have to enter into situations that no one else would want to, and their main focus is saving lives. That’s exactly what happened Saturday. The pursuit went on for a little bit, but the trooper’s endurance to stay the task, and God’s protection, is what helped. I mean, no one lost their life, and that’s just … it still blows my mind, because that was such a scary situation.”

My mother choked up talking about the experience. But she found one word to describe how she felt about what the courageous trooper had done for my family that day: Grateful.

“I’m very grateful,” she said. “I think law enforcement and the military … I think they deserve our prayers every day for what they do. They’re very brave. And I’m very, very grateful. When you see your life flash before your eyes, so many things come into focus. But man, the officer does that on a daily basis.”

From what happened to my family Saturday, I have learned a valuable lesson: You never realize just how precious life is until you come close to losing it. And before Saturday, I had never fathomed just how much law enforcement officers put on the line in order to protect our lives. No matter the situation, they are there to save the lives of innocent people and bring the most heinous criminals to justice.

And they’re the ones saving families from criminals who fly down the highway at 100 miles per hour. Your family. My family. Our family.

What can I even say to the trooper who courageously chased after the fiend Saturday morning?

I’ll turn it back over to Mom for that one.

“I’m just very grateful. We might not be having this conversation if it wasn’t for him.”