Filing for Mayor and School Board positions open December 2 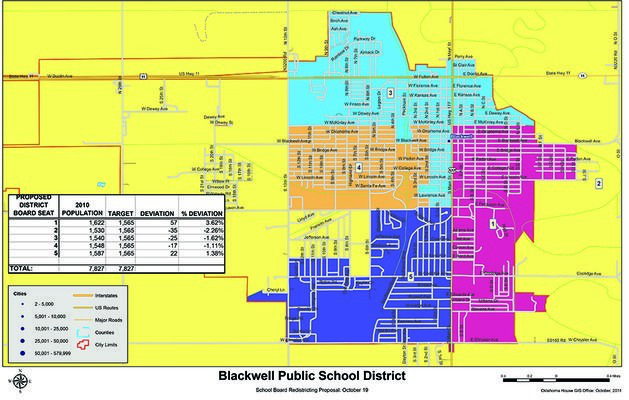 Blackwell residents hoping to get involved with local government will soon have two opportunities to do so.

The mayor’s seat will be up for election next year, and filing for the office will take place at the Kay County Election Board office Dec. 2, 3, and 4 from 8 a.m. to 5 p.m.

To run for office, a candidate must be at least 25 years old, and the candidate has to have been a Blackwell resident for at least one year prior to his or her election, according to the election resolution passed by the Blackwell City Council. The candidate must also be a registered voter.

The mayor serves a three-year term.

The mayor’s seat is an at-large position, meaning candidates do not have to live in a certain part of the city in order to run for the office. Other members of the Council are elected to represent certain wards.

The election is non-partisan.

T.J. Greenfield is the current mayor.

Another office will be up for election next year.

Filing for the Ward 5 seat on the Blackwell Board of Education will also take place Dec. 2, 3, and 4, according to a media release.

The ward covers some of the southern half of Blackwell. It extends north from Chrysler Ave. to Ferguson Ave. and west from Main St. to 13th St. It also includes a small area located on Cheryl Ln. west of 13th Street.

An area from Coolidge Ave. to Ferguson Ave. located between 6th and 13th Streets is not included in the ward.

For more information about filing for office, contact the election board at 580-363-2130.

The election board’s office is in the basement of the county courthouse, located at 201 S. Main St. in Newkirk.