Review: FROZEN II has great music and an even greater message 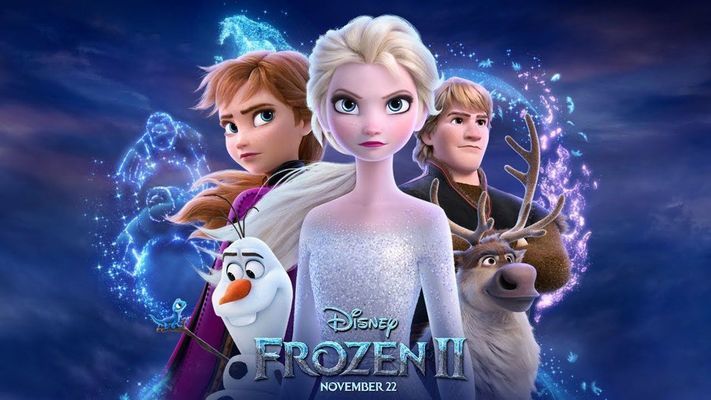 “Be prepared. Just when you think you found your way, life will throw you onto a new path.”

Disney's FROZEN II, the smash-hit sequel to 2013's global sensation, released over the Thanksgiving holiday and is a sequel that both thematically and musically improves on it's predecessor in surprising ways. Directed by Disney veterans Chris Buck and Jennifer Lee (Frozen, Tarzan) the film features the returning voice talents of Idina Menzel, Kristen Bell, Josh Gad, and Jonathan Groff alongside new faces played by Sterling K. Brown (Hotel Artemis, This Is Us), Evan Rachel Wood (HBO's Westworld), and Alfred Molina (Spider-Man 2).

Set three years after the events of FROZEN, Elsa is a peaceful ruler in her kingdom of Arendelle, Anna and boyfriend Kristoff are on the edge of engagement, and Olaf is coming to terms with his new look on life until the kingdom is attacked by a mysterious elemental force that sings and beckons Elsa and friends northbound to the autumnal Enchanted Forest, occupied by the Inuit-inspired Northuldra Tribe.

There, Elsa finds the earth-shattering answers to her magical powers, the reason behind her parents' death, and attempts to righting a lifetime of wrongs by her kingdom...before it's too late.

FROZEN II is a beautifully animated return to the magical world we first saw in the first film, and offers an engaging story that families should find captivating and inviting to conversation about righting generational wrongs and accepting people of different cultures and beliefs. It is no surprise that directors Buck and Lee worked on Disney's TARZAN and POCAHONTAS given that they share similar themes and visuals to FROZEN II, specifically the Northuldra culture and their indigenous-like way of life/costumes/etc.

The songs this time around are very much dependent on Idina Menzel's vocals, which isn't a shock given 2013's “Let it Go” ballad was the biggest song Disney has had since the 90s. Menzel gets to wail and nail two big hits “Into the Unknown” and “Show Yourself” (both great) while Olaf gets a plucky and ironic bit with “When I Am Older”. The big surprise is Groff's Kristoff who gets “Lost in the Woods”, a pleading and romantic song to his lover Anna after she leaves him to chase her sister into the Enchanted Forest.

The animation this time around is nothing short of stunning, especially the water and other weather effects. There's no doubt this was beautifully realized, and with no competition from Sony Animation this year in the form of “INTO THE SPIDER-VERSE”, Disney can sleep with both eyes closed knowing they'll get retribution for their shocking TOY STORY 4 Oscar loss. I should mention my favorite addition in FROZEN II was the wardrobe changes for the leads, especially Elsa who, halfway into the picture, ditches her fancy and iconic hair to let it down and flow with a new dress that is sure to sell toys, costumes, and dolls flying off the shelves this Christmas.

To match the darker aesthetic of the Enchanted Forest, Anna and Kristoff also get a new palette that looks great, and adds a sense of darkness and danger to the overall visuals.

I was thoroughly impressed by FROZEN II, and the theater full of little kids- including my date's niece and nephew- were enthralled by it, of course.

There's plenty here for adults and their kids to enjoy, and the film never overplays it's hand in any one category, keeping cards close to the chest and presenting light takes on some heavier themes that open up important conversations such as accepting the people you love's needs to be their own person and make their own choices, even if they might confuse you.

There was a great interview Kristen Bell did where she approved of Kristoff's fragile and emotional nature in response to Anna's independence where he stuck by her and supported her, showing girls (and boys) that it's okay- and normal- to show emotion, and it doesn't compromise your strength.