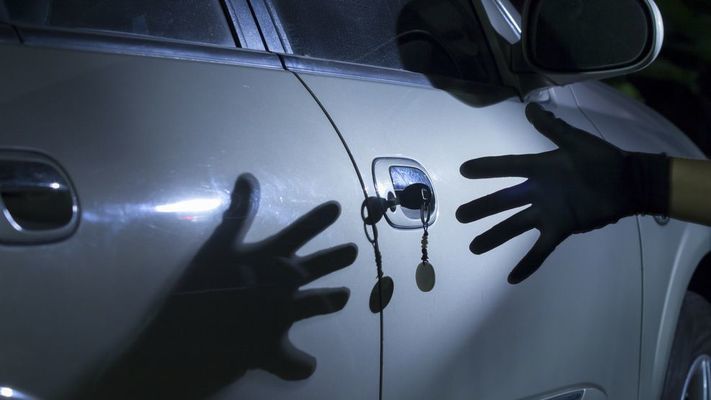 Four juvenile males are in state custody and one is still at large after the group allegedly stole multiple vehicles in Ponca City and Blackwell on Friday morning, and local law enforcement officials believe the juveniles may be part of a larger group responsible for numerous automotive thefts across the county.

At approximately 7:15 a.m. Friday, the Ponca City Police Department received a report that a black Dodge Challenger had been stolen from a private residence, and the owner of the vehicle told police that he was following his stolen car in another vehicle. The caller remained on the phone with police officers while following the Challenger.

Kay County Undersheriff Sean Grigsba was in Ponca City when he overheard radio traffic from the police department. Grigsba attempted to get behind Ponca City police officers and follow the vehicle, but the owner of the car eventually lost track of the Challenger.

Deputies from the sheriff’s office “scoured” the west side of Ponca City and searched for the vehicle on county roads. They then notified the Blackwell Police Department that the vehicle may be in route to Blackwell.

Shortly after being put on alert, Blackwell officers “intercepted” the Challenger, which crashed into a fence on East Adams Ave. Officers detained one juvenile at the scene, but they said an “unknown number of subjects” fled the vehicle on foot.

After detaining the juvenile, officers received reports that other vehicles had been stolen as well. Grigsba said those thefts were “related to” the theft of the Challenger.

While deputies detained the three juveniles, Blackwell officers were able to “ping” the location of a Ford Freestyle that had been reported as stolen that morning. The vehicle was found in the 400 block of South Ash St. in Ponca City, the same area from which the Challenger was stolen, officers said. Ponca City police responded and recovered the vehicle, and officers also recovered other vehicles that had been stolen.

He praised the “great work” work of law enforcement officers involved. He said the vehicles wouldn’t have been recovered if agencies hadn’t “worked together to get things taken care of.”

Speaking to the Journal-Tribune Monday morning, Tyner said he could not immediately provide details about the other vehicles stolen. But he said that “a half dozen or more kids” may be involved in the case.

“The detectives … are still working on it,” he said. “We’ve got other suspects we’re trying to round up.”

Blackwell Chief of Police Dewayne Wood said Monday his officers are investigating the case, and officers from Ponca City will “supplement” his department’s investigation.

One juvenile tied to the theft of the Challenger has yet to be captured, according to Wood.