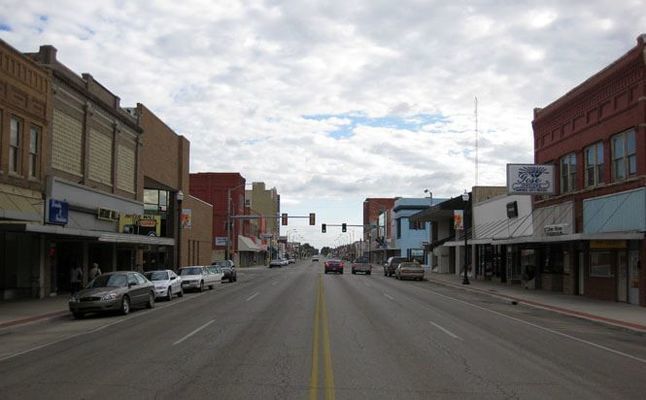 The Blackwell City Council met last week to discuss a number of items, including the approval of the “Main Street Beautification Program.”

After Council members heard department reports, including a debut report of the City's Wastewater Treatment Plant (WTP), City Manager Janet Smith encouraged Mike Loftis to boast on his efforts to gain local interest from banks, as well as securing ‘New Market Tax Credits’ to assist in financing for new construction of the Blackwell Regional Hospital.

When initial discussion began between the Blackwell Hospital Trust Authority and Stillwater Hospital, one of the major requests made was to upgrade the facilities to a state of the art medical building. This request has now been fulfilled with financing from BancFirst and Stride Bank who will take on the loan and disburse the tax credits. As part of the hospital deal, 13th Street from Blackwell to Chrysler, will also be paved as part of the remodel and reconstruction project that will take approximately 2 and a half years to complete, but portions of the project will begin this month. The entire package will be approximately $25M when all is said and done.

The Council then approved Resolution #01022020, which creates the Main Street Beautification Program. The program has an initial budget of $70,000 for FY 2019-2020, and is designated to “assist in reinvigorating downtown Blackwell by offering incentives for renovating and updating existing downtown buildings to create positive economic development opportunities for business development.” The City plans to work with business and property owners who need financial assistance to improve downtown buildings so that our downtown remains vibrant and keeps bringing customers and tourists to the city.

The next item was approval of the renovation contract for the Top of Oklahoma Museum, between the City and Seacoast Roofing and Construction, in the amount of $311,612. The City worked very closely for months on developing this project with Jim Willis, of Willis Engineering, who also serves as ‘City Engineer’. Willis provided detailed specifications for the work to be done on the renovation that will begin at the top of the dome, go all the way to the parapet walls, ending with an exterior paint job, with lots of repairs in between.

The Council then awarded bids for the demolition of three dilapidated structures. Funds for the demolition projects will come from the Blackwell Public Trust Community Enhancement Fund. The addresses of the structures to be demolished are: 402 East Santa Fe, 112 & 124 South 12th St., and 222 East Oklahoma Ave.

The final item on the agenda was the discussion and presentation of possible changes to the City Charter, with Smith expressing her hope that the proposed changes would be simple and not too wordy. The revisions would focus on the Competitive Bidding Act and “who hires whom” within the City of Blackwell.

Currently in matters of bidding, the City Charter requires that every purchase over $5,000 be subjected to the state bidding requirements. This process entails placing an ad in the local paper that runs for a minimum of 21 days, bidders must provide a bond (this cost is passed on to the City) for the project with liability insurance, as well as completing a lengthy questionnaire regarding the principals of the business and work experience, etc. The proposed charter revision would raise the required bidding amount from $5000 to the limit required by the state, which is currently set at $50,000.

The other revision would change the current charter that states Council hires the chief of police as well as police officers, and would be simplified with having Council appoint the City Manager, City Attorney, Municipal Judge, Chief Financial Officer, and City Auditor, with all other employees appointed by the City Manager. This approach is one that complies with the Council/Manager form of government that Blackwell adopted many years ago.

The final meeting to discuss and approve the prospective charter changes will be held on February 6, but the proposed revisions will be discussed again during the January 16th Council meeting.