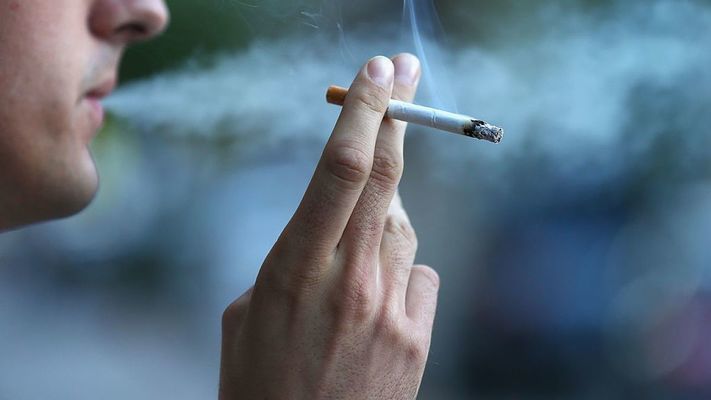 President Donald Trump has signed into law the Tobacco Free Youth Act, which raises the minimum age to purchase tobacco in the United States from 18 to 21. In today's issue of the Journal-Tribune, I wrote a nearly 1,000-word story explaining how the Trump administration has made strides in keeping tobacco products and e-cigarettes out of the hands of children and teenagers. (Yes, even weekly newspapers like us can cover the big national issues of the day.)

No matter where you stand on tobacco usage, one thing is for certain: It seems that everyone has an opinion on the issue.

As I set out to work on my story, I made a post on the newspaper's official Facebook page, asking our readers to share their views on the issue. Here at the Journal-Tribune, our job is to give people a voice. With today's column, that's exactly what I intend to do.

Luckily, my plan didn't go up in smoke; I got a lot of feedback. Some of the responses I received posed valid questions, in my opinion. Others were a little on the light-hearted side.

Before we begin, though, I need to make one thing clear: If you don't have a sense of humor, it's time for you to turn the page.

So, without further delay, here's what people had to say.

AGE IS JUST A NUMBER

Chuy Cavazos has a question: Why can people enlist in the military at 18, but they can't buy a pack of smokes?

“I strongly feel that [if] people could go to fight for our country at the age of 18, they should be allowed to purchase tobacco products,” he said.

Judging from one comment, folks out in the Oklahoma Panhandle aren't taking the new law too well. Sadly, they're even taking their rage out on sales workers.

Reese Eyer said she's been harassed by people who were upset that they could no longer pick up their favorite tobacco products.

“President Trump signed the bill, NOT the owners or employees of the store selling tobacco! I work at a locally owned store out in the Panhandle. I’ve been screamed, yelled, and cussed at. I’ve been called names all because I couldn’t sell cigars to a 19-year-old. Most of them are angry because they can still buy their medical marijuana but not a cigar to roll a blunt. In my opinion, it should be 21 across the board: buying tobacco, joining the military, or buying a gun,” she said.

Trenton Anderson thinks the law targets the wrong thing. Why ban cigarettes when you can just ban the people who smoke bad ones?

As he so eloquently put it: “Ban people that smoke Newports.”

Lola Hockman doesn't think the new law will stop anyone. As a matter of fact, she said, laws have never stopped her.

“Seriously, it doesn't matter what age they put into law,” she said. “If a person wants it bad enough, they can get it. I did when I was younger. When they raised the age to buy alcohol from 18 to 21 in Oklahoma, I went to Ark City or had a good friend buy it for me here in Oklahoma. If I got caught (never did), there was no punishment and I'd never squeal on the person who got it for me. There was not a thing one that they could do to me. Kids today do the same thing. Raising the age may make it a bit harder but not impossible.”

She wasn't alone in saying that. Others chimed in to say that they had similar experiences.

WHY ONE AND NOT THE OTHER?

Nikki Schmitz thinks it just isn't right that you can vote at 18, but you have to wait until 21 to buy tobacco.