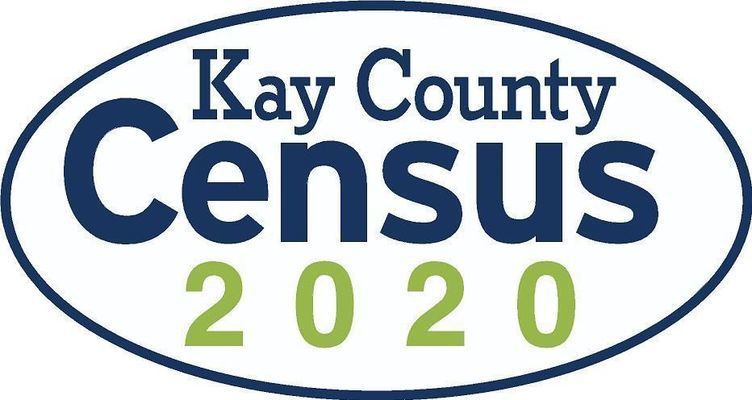 Money makes the world go ‘round – and the U.S. Census determines where that money goes.

With the 2020 Census just a few months away, the “I Count for Kay County” campaign hopes to show local residents just how important an accurate Census count is. Kat Long, who is helping to lead the campaign, sat down for a Q&A with The Journal-Tribune to talk about what the Census is, why it’s important, and how you can get involved with it.

A: The 2020 Census is a decennial census, which happens every 10 years. It’s a way to count every person in the United States one time at their place of residence on April 1.

Q: How does it work, and when will it begin?

A: The U.S. Census Department conducts a mailout of Census forms every 10 years. Census postcards will be sent to every household, including houses and apartments, in mid-March. April 1 is the official date of 2020 Census.

There will be a unique code for each mailing address. People living at the address can login online and fill out the Census. The Census questionnaire will be mailed if the first two postcards receive no response online. Census-takers follow up with households that do not respond to the postcards or questionnaires. This follow-up happens through June.

Q: Why do we need a Census?

A: The Census provides critical data that lawmakers, business owners, teachers, and many others use to provide daily services, products, and support for you and your community. Every year, billions of dollars in federal funding go to hospitals, fire departments, schools, roads, and other resources based on Census data.

It's also in the Constitution. Article 1, Section 2 mandates that the country conduct a count of its population once every 10 years. The 2020 Census will be the twenty-fourth Census since 1790.

Does everyone have to participate?

A: Yes. By law, everyone living in the United States must be counted: A) as a group if living in group housing such as dormitories or nursing homes or B) individually when living in houses or apartments.

Q: Do you have to be a U.S. citizen to participate in the Census?

A: No. The Census is a headcount of people who will be using services in the community and states where they live. These services include roads, schools, senior programs, subsidized daycare, and healthcare. Accurate population counts also attract retailers and restaurants to communities with accurate demographic information.

Q: What information do you have to provide?

A: You have to provide information about:

How many people are living or staying in your house, apartment, or mobile home as of April 1;

What you are living in (i.e. a house, apartment, or mobile home);

Whether you own or rent your property; and

Each person in the household must give his or her name, sex, place of origin, and race. If you are Native American, you must know the official name of your tribe (i.e. Tonkawa Tribe of Indians of Oklahoma or Kaw Nation).

Names will not be released for 72 years. They are used for genealogy and ancestry records.

Q: Can you fill out your Census form online?

A: Yes. The postcards, which will be mailed to households in mid-March, will have a website and unique code to allow people to login on a computer, laptop, or iPad to complete the Census form.

Q: What impact does the Census have on Kay County?

A: Every person in Kay County is worth over $1,675 per year in federal and state funding. For a 10-year period, that amounts to $20,000 for each person. Accurate counts of children under 5 years of age are imperative for education and childcare programs for the next 10 years. Accurate household and age demographics assist communities and cities in our county in attracting and keeping retail businesses and restaurants. These same demographics give accurate information for the allotment of funds for Medicare and Medicaid programs for seniors.

Q: How does the Census determine how we are represented in the State Legislature and in Congress?

A: The results of the Census determine the number of seats each state will have in the U.S. House of Representatives, and they are used to draw congressional and state legislative districts. Losing population or having inaccurate population counts could mean losing one or more state representatives for Oklahoma.

Q: How can you get a job with the Census Bureau?

Q: Who is paying for the “I Count for Kay County” Campaign?

A: This marketing campaign budget is through the Ponca City Development Authority, and it is approved by the PCDA Board of Trustees.

Q: Where can you found out more information about the Census?