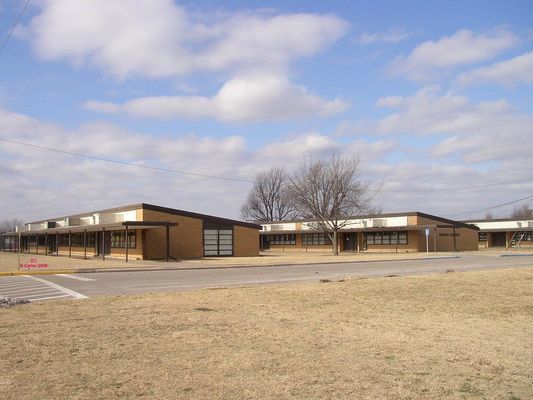 The Blackwell Board of Education met Monday night for a brief meeting where board members received and opened sealed bids for the former Huston and Parkside Schools.

The bids — in the amounts of $9,000 and $21,000, respectively — went to the Blackwell Economic Development Authority, which has plans for the locations.

Parkside Elementary has been vacant since the mid 2000s. Huston, which was used for 4th and 5th grades, closed just before the start of the 2017 school year, causing an influx of students to be funneled into Blackwell Elementary School.

The board next approved a joint program agreement with Pioneer Technology Center in Ponca City. It includes sophomore students from BHS in the biomedical science program. The board also accepted the resignation of Amber Bateman, Blackwell Middle School’s special education teacher.

School principals then gave their reports, with Blackwell Elementary School administrators announcing a drop in student numbers. Those numbers are usually “in flux” after a new year, officials said. Administrators noted that the school’s “Fun-Run” will be held in March. The school is looking forward to unveiling its new marquee, which was purchased by Blackwell's PTO, Phillips 66, and Blackwell Dentistry.

Blackwell Middle School is looking into vinyl flooring for its hallways and office. The flooring would replace the dated carpet in the building.

Board members also announced that they are continuing their search for a superintendent, and added that they're close to finding one.