THE NEW POPE: Catholic-based drama returns with a vengeance 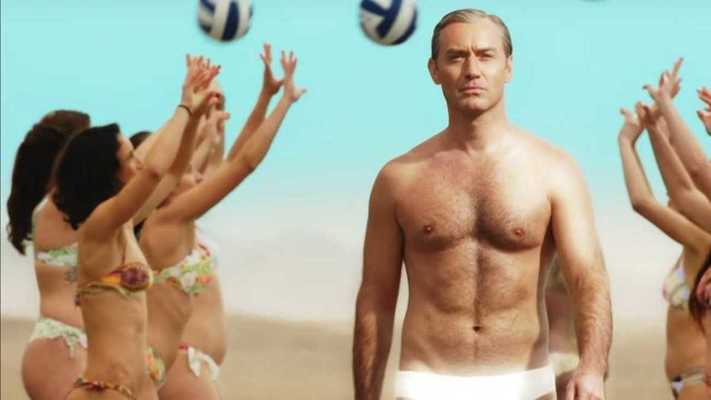 THE YOUNG POPE was one of the best TV series I have ever seen in my entire life, and writer/director Paolo Sorrentino is back with a vengeance with this sequel series, THE NEW POPE.

Last season we saw Jude Law as the titular "Young Pope" Lenny Belardo aka Pope Pius XIII as he grappled with transforming the Vatican and influencing the Catholic faith via dragging it into the future while planting it in the past- giving it a shot of 21st century rejuvenation by calling back to the 11th century, Draconian, ferocity the Catholic Church became known for.

"I love God because it is so painful to love human beings," Lenny says in Season 1. He is a staunch conservative, wishing to repel the former Pope's more liberal view on life thanks to his parents- hippies- abandoning him at a Catholic orphanage to pursue a hedonistic, roaming, lifestyle. Throughout the first series we see Lenny- Pope Pius- face temptation head on and come out unscathed, acting as a definitive and awe-inspiring force of God's will. We learn that he can, it appears, work miracles. For instance, it is Lenny's touch and his prayers that allow a seemingly infertile woman to conceive a child with her husband. Lenny is nearing Sainthood and has become an international icon...an icon who's face no one has ever seen as part of his doctrine to lock down the Catholic faith and to be as "unreachable as a rockstar."

Season 1 ends with Lenny revealing himself to the world at the Basilica San Marco and collapses, seemingly dead, after a moving homily that moves cardinals and onlookers to tears. What will become of the Catholic faith now that a Saint has gone?

Well, the Vatican is in chaos as Lenny is in a seemingly irreversible coma- three heart transplants have failed- and the titular "New Pope" has to be established...and fast. An unheard of move, as Lenny is still Pope, and still technically alive. THE NEW POPE opens with beautiful young nuns in lingerie, smoking cigarettes before lining up for a pulsating dance number in their chapel, gyrating and moving in wild neon to a towering strobe-light crucifix...and that's literally just the opening minutes.

The Cardinal Secretary of State who went to war with Lenny in Season 1, Voiello, attempts to install the seemingly meek Cardinal Viglietti as Pope to be his pawn, much as he attempted with Lenny. However, instead of turning the Catholic Church into a brutalist icon of power, Viglietti goes seemingly mad with his influence of Francis of Assai and begins to enact harshly charitable reforms- he opens the Vatican to Muslim refugees, he is planning to empty to Vatican's vaults and sell all of their riches. He wants the Catholic Church to be charitable, to be soft.

Viglietti, however, has a sudden heart attack and dies...causing the comatose Lenny to move a finger. Is this divinity? Coincidence? Or something else?

Voiello and his allies with in the papal conclave now have another replacement in mind: John Brannox, played by the eerie and worldly John Malkovich. Another American Pope. A A New Pope. But it seems like this series is setting up a brand new struggle for the papal power.

Sorrentino is back with fury, and this premier had all of the staples one has come to expect. Lingering shots of capes and robes drifting over beautiful chapel floors, casting shadows across works of art as old as the Vatican itself. The weary, dedicated, faces of those faithful to Pope Pius XIII standing outside his hospital chambers, waiting for a sign, Waiting for another miracle. You can almost smell the incense and taste the wine of the Vatican, and when Lenny casts himself away into out-of-body visions you can almost feel his warm, heavenly glow. His sainthood.

The series is also, of course, iconic for its music. Strings and orchestral pieces are woven between intense, brooding, techno and gaudy, pulsating Italian pop music. It all sets a very particular and specific mood. It's sacrilegious, controversial, and yet...inspires faith. Encourages introspective examination. Makes you truly wonder.

THE NEW POPE, airs Sundays on HBO. THE YOUNG POPE is available to stream in it' entirety on HBO Go .

To Katie Green: Be Free

Review: SNAKE EYES is silly and serious- the pe...

Chris Pratt battles aliens in long, fun, THE TO...

Gary Young allowed to work at farm under new bo...

Cody's Corner: Have you ever journeyed into the...