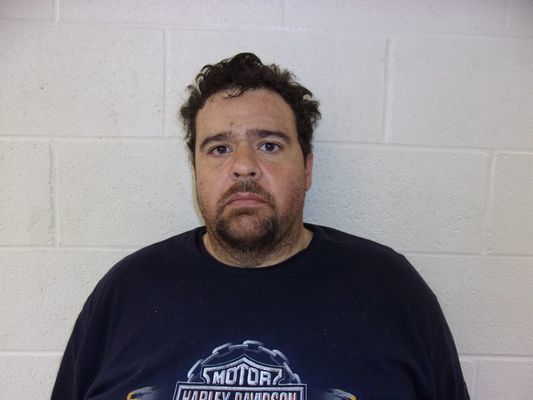 A Garber man was arrested in Blackwell last week after police officers allegedly found methamphetamine in the stolen car he had been driving.

According to Ketts' arrest affidavit, Blackwell Police Officer Kenton Westermier was dispatched to that address to find a maroon Tahoe, which had been stolen in Enid. The Oklahoma Highway Patrol was able to “ping” the location of the vehicle.

Westermier arrived on scene and allegedly saw four individuals loading items onto a trailer that was hooked to the Tahoe. Westermier detained the individuals, called a wrecker-truck to tow the vehicle, and began searching through the car.

Westermier alleged that the substance was methamphetamine. He then allegedly found three syringes with dried blood “inside and out” under the center console of the vehicle, and he found a purse containing a glass smoking pipe with a burned white powder and crystal substance, according to the affidavit.

The officer then searched the back of the vehicle, where he allegedly found a temporary license plate that “appeared to have been edited multiple times,” according to the affidavit. The Tahoe itself displayed a tag that was registered to a Ford F-150 pickup truck.

Ketts was placed under arrest and taken to the municipal jail, where he allegedly admitted that he was “in possession of the stolen Tahoe and had been driving it.” He allegedly denied knowing about the narcotics in the driver's side door, which the officer alleges were “well within reaching distance” of Ketts.

The substance in the vehicle tested positive for methamphetamine, officers allege. In total, 3.8 grams were found.

According to online court records, a probable cause hearing for Ketts was held before Judge David Wilkie on Jan. 8. Ketts' initial appearance will be held in Kay County District Court on Jan. 17 at 9:00 a.m. His bond was set at $10,000. If he bonds out, Ketts must have “no contact with the victim,” according to court records.