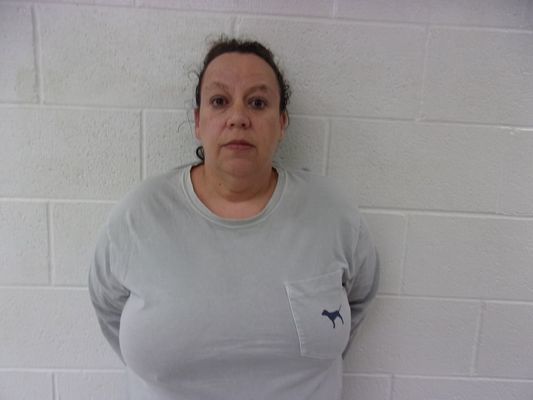 According to the police affidavit filed in the case, police met with four juvenile females and parents of one of the juveniles prior to the arrest. The juveniles had alleged that Smith who was alleged to be intoxicated at the time came home and pointed a gun at the girls because the house was a mess. The girls described the gun as a pump action shotgun with a wood stock to the officers.

When BPD went to the Smith residence, Smith was identified and asked about the alleged altercation with the girls. Smith allegedly told police officers that yes, she did point a gun at the girls because she was upset that the house was in a state of disarray with food scattered around the living room.

Smith retrieved the gun which was a 410 gauge break over single shot shotgun. The gun was taken into custody to see if it was loaded and performed a functions check. The shotgun was not loaded and appeared to be in working order after the functions check. Smith allegedly admitted to Blackwell Police that she had been out drinking and probably shouldn't have waved the gun at the children and only wanted to scare the girls.

Smith was arrested and jailed and the shotgun is now in police custody.

Smith was charged with three felony counts of child abuse in court on Jan. 10 and was released on a $25,000 bond with court orders to have no alcohol, not be around children that are not her own children and to possess no firearms. The court also served Smith with notice that the police intend on seizing and forfeiture of the shotgun. Smith is due back in court March 10.