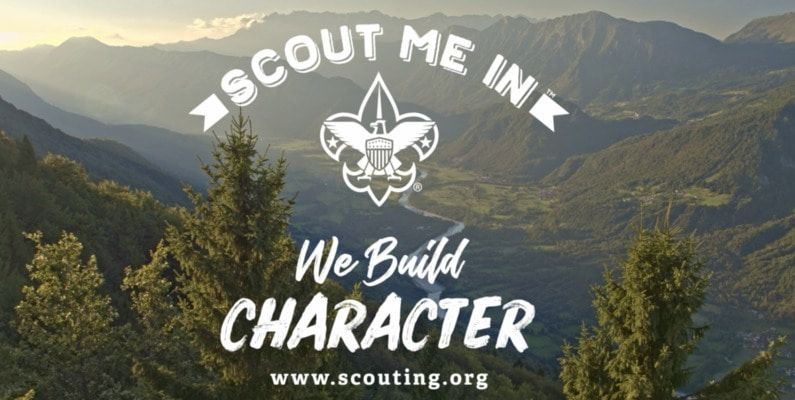 More than two years after the last Boy Scouts in Blackwell earned the coveted Eagle Scout award, Cub Scout Pack 3434 has been revived, paving the way for the next generation of Blackwell's youth to learn about caring for the environment, surviving in the outdoors, developing strong work ethics, and establishing moral codes in their lives, officials with the organization said.

Erik Harrison, a local father, decided to revive the pack in an attempt to get his own son out of the house and off of his cellphone.

“I want my kid to get off of technology,” he said. “I love the outdoors, and it's good for kids to get outside.”

Growing up, Harrison wasn't a Cub Scout, but his brothers were. His mother served as a den leader, too. That's why he wanted to get the pack going again, he said.

Harrison tried to start the Cub Scout pack up again in 2018, but he struggled to get children and adults to participate. To fix that, he held a sign-up event at Blackwell Elementary School, and 24 students signed up. So far, 15 have regularly attended meetings and participated in the troop's activities. Officials with the Cimarron Council, which oversees Scouting programs in the northwest part of the state, helped by passing out sign-up sheets and flyers.

While sign-up events are held periodically, those interested may sign up at any time by contacting Harrison. He encourages parents to call or text him at 580-262-9558.

In order to join the pack, a prospective Scout must complete a sign-up sheet with Harrison. Scouts must pay $68.25 and purchase their books and uniform to join, Harrison said.

Parent leaders are also needed. Parents must pay $35 to join, and they must complete a background check and take youth protection training offered by the council.

The pack meets every Tuesday night at 6:30 p.m. Meetings are held at the First United Methodist Church, located at 524 W. Coolidge Ave. That’s where the Cub Scout pack has met since it was first founded.

And under the Boy Scouts of America's new regulations, Boy Scouts isn't just a “boy's club” anymore. Girls can sign up, too.

“We've got a girl in our troop, and girls are encouraged to join,” Harrison said.

Prospective Scouts who need financial assistance to join the program may be eligible to receive a scholarship from the Cimarron Council.

David Sparks, an official with the council, said the organization strives to help children who want to join.

“We have never turned anybody down that has requested financial assistance,” Sparks said. “We would prefer that the families have a little bit of vested interest. It’s not 100% assistance.”

In addition to receiving aid from the council, Scouts can benefit from participating in fundraisers, like the Cub Scout pack’s annual popcorn sale. Each pack that participates can receive up to 40% of the funds it raises. Pack 3434’s popcorn sale is currently underway, and Sparks encouraged interested buyers to contact Harrison.

The council also has a supply of used uniforms and equipment available for Scouts in need. Scouts are encouraged to talk to Harrison when they join about getting assistance from the council.

The Cub Scouts program prepares young children to enter the Boy Scouts program, usually around the time they turn 11 years old. So when Blackwell’s Cub Scout troop shuttered several years ago, it left local Boy Scout Troop 434 without any new members. In part, that’s why the program shut down.

Now that the Cub Scout program has been revived, there’s hope for the Boy Scouts program, too.

Sparks said the council has not yet reinstated the Boy Scout troop, but he said it could be done in the future.

To start the troop up again, at least five adults and five children would have to sign-up to participate.

Randy McCrae, a former leader with the troop, said it was first chartered by the church in the 1940s. Over the years, the troop completed a number of service projects within the community.

The last members of the troop earned their Eagle rank in 2017, but the troop didn’t officially close until Jan. 31, 2019.

‘EVERY KID COULD BENEFIT’

The Scouting program has seen a number of changes in recent years, including the decision to allow girls into the program. But even though Scouting has evolved, Sparks said, its goal has stayed the same.

“Even though some of the programs in Scouting have changed, the underlying mission has not,” he said. “It kind of goes back to the mission statement of the Boy Scouts, which is to prepare young people to make ethical and moral choices over their lifetimes by instilling in them the value of the Scout Oath and the Scout Law.”

Harrison said the Scouts are enjoying their meetings, and they're excited to go on campouts in the near future. He hopes to hold the troop's first campout on the church’s lawn in April.

Harrison said he's excited to get the program going again in order to teach young people about having morals in their lives.

“It's a mean world out there,” he said. “It's good to teach these kids how to be a role model for people.”

Sparks hopes that dozens of local children will participate.

“With all the things going on in the country and in the world, Scouting today is as relevant as it’s ever been,” he said. “I’ve been a firm believer that every kid could benefit from being in Scouts.”