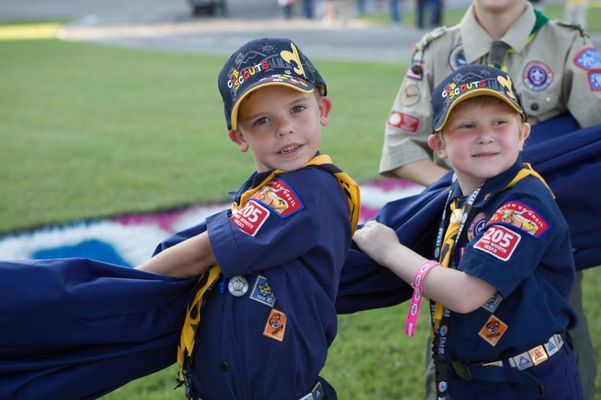 You’re a parent. You’re trying to find ways to give your children opportunities to learn some new skills, make some friends, and maybe just get off the dang cell phone for a while.

If you’re in that boat, I have a word of advice for you: Get your children signed up for Cub Scouts.

In today’s edition of The Journal-Tribune, I wrote an article announcing the revival of Blackwell’s very own Cub Scout pack. It’s something I’ve hoped for since I became an Eagle Scout in 2017, and it was an honor to be able to share this good news with you.

Here’s what I want to tell you: If there’s one thing you can do to make your children’s lives better, it’s to sign them up to become Cub Scouts. How do I know? Well, I was one. To me, it was one of the most meaningful accomplishments I have ever had.

Today, I’d like to share with you what Scouting did for me – and I’d like to encourage you to get your children involved in the Scouting program, too.

I was seven years old when I walked into my first Cub Scout meeting with my dad. Mrs. Nancy Worley was our leader at the time; she was responsible for corralling – maybe “herding” is a better word – about 20 of us little guys into a classroom in a church each Monday night. We were there to learn how to tie knots, build campfires, dress nicely, speak politely, and shake hands.

But that was all on the surface. We were really there to make friends, learn how to treat people the right way, obtain useful skills and traits, and come to understand how to care for this big, beautiful world we live in.

That was my mentality for a while. But as time went on, I realized that I was having a lot of fun. I could hang out with my fellow Scouts during school, and it was cool to have people to talk with at lunch. And then we got to go on campouts; I was out of the house, so I could have all of the junk food I wanted AND stay up late! What could be better?

I did that for years before I finally graduated the Cub Scouts program and became a Boy Scout. I remember the ceremony we had; there was a little bridge we walked over, and our families were there to watch us take those momentous steps. I knew this meant something to them.

It was at that point that I began to realize: I’m here for a reason.

As a Scout, I learned how to give back to my community. It seemed like we had some kind of community service event every month, whether we were collecting food for a food drive or building shelves for a local school. The people we helped were always incredibly appreciative of our work, and I felt fulfilled by helping them.

I learned how important it is to talk with people and get to know them. In this digital age of “I’ll just text them,” learning how to have a conversation with people – especially people who feel like they’re alone – is a crucial skill. You have to have it in order to get a job, and you need it in order to form meaningful relationships. To say the least, they’re essential.

I learned to follow a moral code in life. In my career as a journalist, I have to abide by one: I’m bound to tell the truth, no matter who it offends and regardless of whether or not I agree with it. And believe me, everyone needs to learn to do that.

Most importantly, I learned that you have to respect people, help them, and treat them like they’re your family. Because they are your family. We’re all in this game of life together, regardless of our skin color, body shape, place of origin, political views, or religious denominations. Everyone is a human being who deserves to be loved. Learning that lesson has made me a better person.

I learned those lessons from Scouting. And the best part? You can, too.

Scouting has changed a lot over the years, even in the three years since I became an Eagle Scout. But the core mission of that program will never change. That mission is to make young men and women the best they can be.

Thanks to people like Erik Harrison, who brought back the Pack, the people of Blackwell have been given an opportunity to put their children in a place where they will be loved and mentored, and where they’ll learn how to love and mentor other people, too.

Don’t we need a little more love in the world today? I think we all know the answer to that.

Parents: Please take what I’ve written to heart, and think about the positive differences Scouting can have on your child.

Scouting isn’t just a weekly meeting, it’s a way of life. And in my opinion, the best kind.

Sign your children up to become Cub Scouts today. It’s one of the best decisions you’ll ever make.