BAD BOYS FOR LIFE is hilarious, bloody, and... thought-provoking? 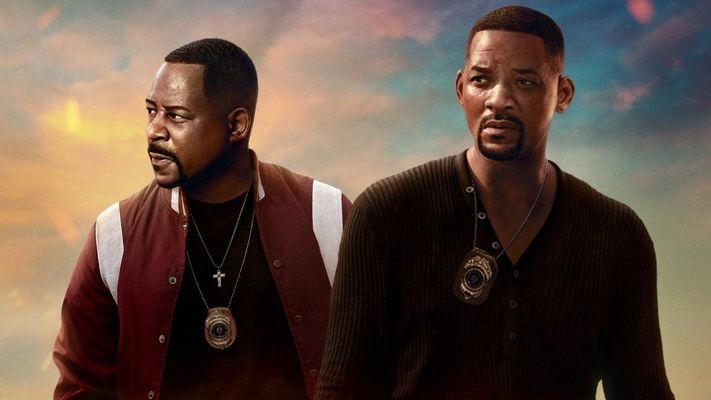 “Do you want your legacy to be muscle shirts and body counts?”

Will Smith and Martin Lawrence finally re-team for BAD BOYS FOR LIFE, the sequel to 2003's action masterpiece BAD BOYS II, and find our foul-mouthed heroes Detective Marcus Burnett (Lawrence) and Mike Lowrey (Smith) in trouble as chaos descends around them when, just as things seem to be nearing retirement, bodies start piling up in connection to an old case.

With their lives on the line, detectives Burnett and Lowrey enlist in the aide of the Advanced Miami Metro Operations (AMMO) task force, and chaos ensues.

While I was hesitant towards the planned BAD BOYS 3 once I heard that prolific director Michael Bay wouldn't be helming this trilogy capper in favor of other projects, Adil El Arbi and Bilall Fallah, the film's duo Belgian filmmakers, have more than succeeded at bringing these Bad Boys into the modern age.

More toned down to the scale of BAD BOYS and less the extravagant 3-hour arthouse extravaganza of BAD BOYS II, BAD BOYS FOR LIFE brings Will Smith and Martin Lawrence back like they'd never left. The duos chemistry and comedic flair is just as punchy and riotous as it was in the early 2000's, despite the clear signs of aging from both these stars. As the Miami PD Captain, played by the always colorful Joe Pantoliano, explains to them early on, these “Bad boys” aren't quite “boys” anymore.

I saw one editorial that argues that BAD BOYS FOR LIFE benefits from the lack of Michael Bay by being a more introspective film with some surprising ruminations on death and our own legacy. While I can't say I don't miss Michael Bay, I think it is awesome that these new directors have given us a film with a distinct visual flare, some new blood, and yes maybe some surprising moments of emotion.

While Bay's original BAD BOYS was a clever, high-energy, action thriller, BAD BOYS 2 is almost an art-house film that is so wacky, over-the-top, and ridiculous that it almost defies anything that has come before, or will come after it. BAD BOYS FOR LIFE seems to fall right in the middle, and I think it carries the best of both films with it.

We get a lot of great performance time here from Smith and Lawrence, who are given just enough meat to work through but not enough to bog the film down or make it corny. Their “old school” cop style, a fade of the late 90's and early 2000's testosterone-driven action icons, plays hilariously against the young trio of AMMO who look, act, and dress like video-game characters with tight t-shirts, styled hair, and a pension for rubber bullets, drone tech, and more. These are the “new generation”...but at the end of the day, ass-kicking is best done by actually kicking ass, and there's a ton of that.

By the time the film begins to wrap up and an attack helicopter is exploding down the wide open chapel of a Mexican church while the AMMO team is brutally and effectively doing John Wick-style tactical takedowns of the henchmen as Will Smith and Martin Lawrence quip, joke, and get shot at and beat up, it becomes clear that BAD BOYS FOR LIFE is a bridge film.

This is the vital strand connecting films of one era to the next. This is the JURASSIC WORLD or THE FORCE AWAKENS of R-rated action movies...and that's awesome as Hell. With $70+ million already in the bank and praise heaping from audiences and critics, Sony has already confirmed a BAD BOYS 4...so are we ready for one last ride...again? Yes. Hell yes.