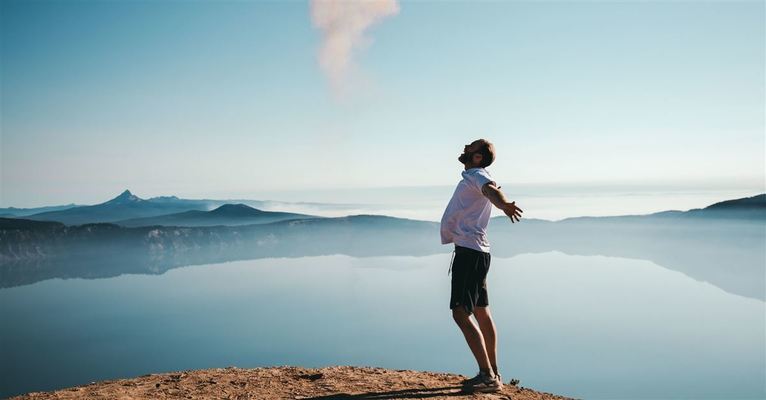 Have you heard someone say, “The truth will set you free?” Or have you read it somewhere? Well, it is true! I want you to think about this for a moment. What is the truth setting you free from? In order to be set free, you first have to be incarcerated somehow. You have to be without freedom in order to be set free, and we all are incarcerated; we all have lost some of our freedom in one way or another.

Let me explain: If knowledge is power, then knowledge is a force. Now, it is not a force or power that is physical, but it is a force that does affect you physically. A lawyer has knowledge on how the law works within our society, and therefore has more power within the legal realms of our society. Because our laws can be so convoluted and confusing, lawyers are able to charge large amounts of money for their time and skill-sets. The greater their knowledge and skills, the more they can ask for their services. This gives them not only greater freedom within the legal realms, but also more freedom in our society. They can purchase more expensive materialistic goods; they have the means to afford to do more things than others. They have a greater freedom within their lives to do these things because they know more of the truth in the legal realms. But even still, many are slaves to themselves.

The same can be said of doctors, politicians, and actors. The list goes on and on. But still, most of them are slaves to themselves. However, there is one truth – and only one truth – that has the power and the force to set anyone and everyone free from this slavery. It’s a slavery that even the wealthiest, most politically powerful people in the world are powerless to be free from.

We read in John 8:32, “Then you will know the truth, and the truth will set you free.” This is Jesus speaking to a group of Jews within the Temple, and their response was: “33They answered him, “We are Abraham’s descendants and have never been slaves of anyone. How can you say that we shall be set free?”

How many of us believe that we are free when the reality is that we are NOT? How many of us believe the freedom that our Constitution guarantees us has prevented us from slavery? Almost every one of us would declare that we are free and that no one has ever owned us. But that is the lie that has deceived us. If we are slaves, that means we are owned by someone, so who owns us? I am not going to tell you because Jesus already has: “34 Jesus replied, “Very truly I tell you, everyone who sins is a slave to sin.”

What does it mean to be a slave to sin, and what would it look like to be free from that slavery? Some might say that being a slave to sin is the inability to stop committing a particular sin, and there is some truth in this. So, does this freedom from sin mean that we no longer will be committing this particular sin? Sometimes, yes. But most of the time, that is not the case. This is not where the freedom from sin is.

Freedom from sin means that we will not have to pay the ultimate price of sin. This is not to be confused with “hyper-grace,” meaning that we can continue to sin with no regard to it because we are “saved.” Instead, it means this: Even when we fail, the grace of God will protect us from the ultimate price of that sin.

What is the ultimate price of sin? God told Adam what the price of sin is, and that is death. “Well, we all die,” you might say, but that is only the first death. Sin will bring you the second death, and it is this second death that Jesus’ salvation will protect you from. That second life or death is the eternal placement of your soul. Jesus explains it this way: “35 Now a slave has no permanent place in the family, but a son belongs to it forever. 36 So if the Son sets you free, you will be free indeed.”

So, what is this truth? Is it just simply saying the sinner’s prayer and stating that you believe in Jesus, and that He is the Son of God, and that He is your personal salvation? Yes, if that is all you have the time to do before your death. But what if you say and truly believe in this prayer days, weeks, and even years before your death? Do you have to do anything else?

Again, I am not the one who is going to tell you, but Jesus does: “Jesus said, “If you hold to my teaching, you are really my disciples. 32 Then you will know the truth, and the truth will set you free.”

The truth will set you free for all of eternity. Do you know that truth? Are you practicing that truth? Have you become that truth?