Jordan Green: Does technology get in the way of our thinking? 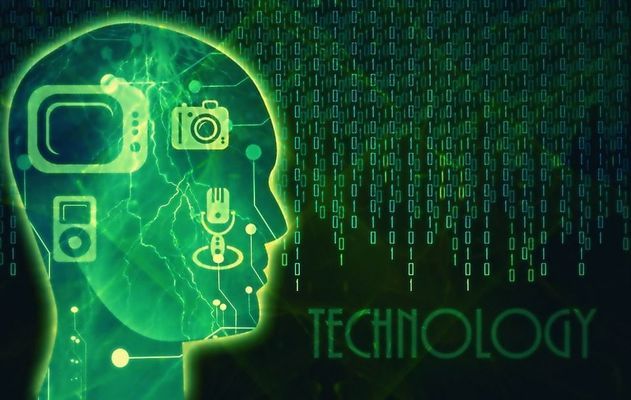 Technology itself can be a good thing. But its allure can sometimes keep us from doing something important: thinking.

Perhaps the biggest scourge of the written word is the time it requires to weave thoughts together coherently. It takes a lot of drafting, editing, re-drafting, and rethinking before publishing comes along – and you only get to do that last part once.

With such a long to-do list, writers – myself included – sometimes like to take shortcuts in producing our work. I’d like to think that taking this abbreviated path to publication does not sacrifice the quality of our work. But alas, nothing in life is free.

As I sat down to write this column, I felt as if I had come upon an insurmountable block in the road – specifically, a writer’s block. Next to a construction-zone roadblock – or just having to work with a plain old blockhead – writer’s block is the worst kind of block to have.

And it comes around all too often. What causes it? What fixes it?

When I have a case of writer’s block, I’m usually trying too hard to churn out a piece of writing too quickly. The common denominator? My computer.

People often think that technology is our friend; it’s supposed to save us time, they say. With the help of a computer, I can write down my words the second I come up with them, and as soon as I’m done typing, I can print them or send them off to anyone. To some degree, and in some cases, my computer may very well save me time in distributing text. But the step I’m cutting out in this process is the most important one: the step of thinking.

That’s like taking one slice of bacon and trying to divide it evenly between four large Labrador Retrievers. As a dog owner, I can tell you it just doesn’t work well – unless, of course, you have the divine power of turning water into wine.

Using the computer for writing isn’t necessarily the best method. It is undoubtedly the quickest, but is speed more important than depth of thought?

As I prepared to write this column, I made the executive decision that it isn’t. I closed my laptop and opened up my notepad. The second I pressed my ballpoint pen into the paper, it was as if the words wrote themselves. My brain was able to focus on one task: thinking. How so?

When we write with our hands, we’re not stretching our cranial resources too thinly. Our brains are far more familiar with our limbs than they are with our keyboards.

I’m not a neurologist. But as a person with both a body and a brain – though I sometimes question whether I have the latter – the act of handwriting requires less physical stress than typing does. That allows us to use more of our energy mentally. And that, my friends, is the type of energy we need in order to write.

With these ideas on my mind, I can’t help but reflect on other ways in which technology has impacted the tasks we complete in life. To me, not all of those impacts have been positive.

In our everyday lives, we see people choose to text someone instead of talking to them in-person. What are we losing when we don’t communicate with people eye-to-eye, face-to-face? Can a person really express herself through a computer-generated series of numbers that takes the form of letters? Or is she just filling up empty space with meaningless digital matter?

Of all of the conversations I have ever had via text, not a single one sticks out in my mind as being important. But what I do remember are the times when I reached out to shake my friend’s hand before talking about his life. The times when I hugged my mother and cried on her shoulder after a rough day at school. The times when I watched someone’s eyes light up when I delivered a bit of good news to them.

Those times, my friends, remind me that the human body is a wonderful creature capable of accomplishing tremendous tasks: speaking, writing, and loving.

Controlling the parts of the body is a mechanism that sends out signals. It tells our arms when to pick someone up; it tells our eyes when to open wide; it tells our legs when to carry us forward; and it tells our hearts when to swell with pride and fill with love.

That mechanism is cheaper than a hard-drive, and it lasts a lot longer, too. With that very mechanism, the human race has devised incredible activities, built humongous structures, and spoken many a caring word.

In the absence of technology, it allows us not to type, but to write, and to meaningfully communicate.

It’s gotten us this far, and if we use it to its full potential, it will carry us forward to a bright future. It’s the brain – the classic human brain.

I put the computer up today. Maybe the old-fashioned way isn’t so bad after all.