Opinion: You have no right to complain about the halftime show 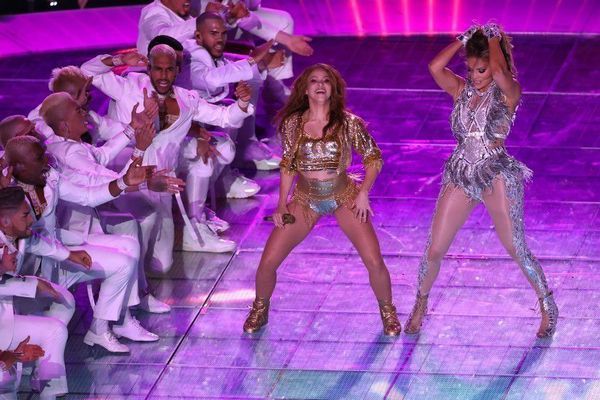 Super Bowl LIV aired this past weekend, and while in the past my post-Bowl columns have been relegated to discussing the commercials and TV spots, this year I want to do that...and explain why the Pepsi halftime show, performed by Columbian sensation Shakira and Puerto Rican-American superstar Jennifer Lopez was totally fine and you're embarrassing yourself by arguing against it.

First off, the TV spots were pretty great. We got a good look at Jordan Peele's Amazon Prime drama “HUNTERS” following a group of secret government agents in the 1970's tasked with eliminating Nazi Party members that have infiltrated high levels of the U.S. Government in an attempt to start a “4th Reich”.

We also got a jaw-dropping glimpse at TOP GUN: MAVERICK, adorable spots for SONIC THE HEDGEHOG and MINIONS: THE RISE OF GRU, and of course superheroes in the form of WONDER WOMAN 1984, BLACK WIDOW, and the upcoming Disney+ shows centered in the Marvel Cinematic Universe.

Now, let's breakdown that half-time show. I, and the folks I watched the Bowl with, were enthralled at the performances by J-Lo and Shakira, in terms of their raw talent vocally as well as their ability to move so flawlessly, so intricately, and make it look like cake. Given that these women are both 41 and 50 respectively, the shape they've kept themselves in and their general athleticism is incredible, since I'm 27 and get winded walking up one flight of stairs at the post office.

Assuming that everyone thought the show was as hot as I did, I got on Facebook and was greeted by an overwhelming amount of...caucasian...people fuming about the act being too lewd or raunchy because these two women were dancing as their culture does, in the “Latin Capital of the USA” Miami. Now, the real kicker is that the well choreographed “political” statement of the immigrant children in cages singing Bruce Springsteen's “Born in the USA” was either missed or miss-read entirely because folks were too focused on these beautiful, talented, powerful women showing off their bodies that they have worked incredibly hard on.

“Oh the children! Think of the children!” says the sports parents who let their kids watch the Dallas Cowboys Cheerleaders or any other NFL cheer squads in LESS clothing than JLO and Shakira doing FAR more suggestive dances. Or let their kids watch pole-dancers on America's Got Talent or whatever else. Or leave YouTube on where creepy fetish videos slip through their algorithms.

“Oh man, the halftime show needs subtitles! Why sexy woman speak Spanish!” Considering, as I mentioned, Miami is Latino-dominant city in a nation where Latinos make up nearly 20% of the population, with two MEGA SUPER STARS- one of which being a game changer for Latin representation in Hollywood- I guess it's no wonder why they were speaking Spanish.

Shakira and J-Lo represented their culture, and their heritage by dancing and singing as they did, and if that makes you uncomfortable, let me bring up my favorite reference point. A little diddy from 1984 called FOOTLOOSE which famously starred Kevin Bacon as an angsty dancer in a small midwest town that outlawed dancing and rock music. At the film's climax, Bacon's character Ren speaks to the City Council in attempt to get a Prom dance approved where he delivers an awesome monologue that begins with:

“From the oldest of times, people danced for a number of reasons. They danced in prayer or so that their crops would be plentiful or so their hunt would be good. And they danced to stay physically fit and show their community spirit. And they danced to celebrate. And that, that is the dancing that we’re talking about!” He references several Biblical passages (Psalm 149 and Ecclesiastes) about the importance of dancing, and finishes: “See, this is our time to dance. It is our way of, of celebrating life. It’s the way it was in the beginning. It’s the way it’s always been. It’s the way it should be now.”