Jordan Green speaks to Pfeiffer and Pederson about 2020 legislative season 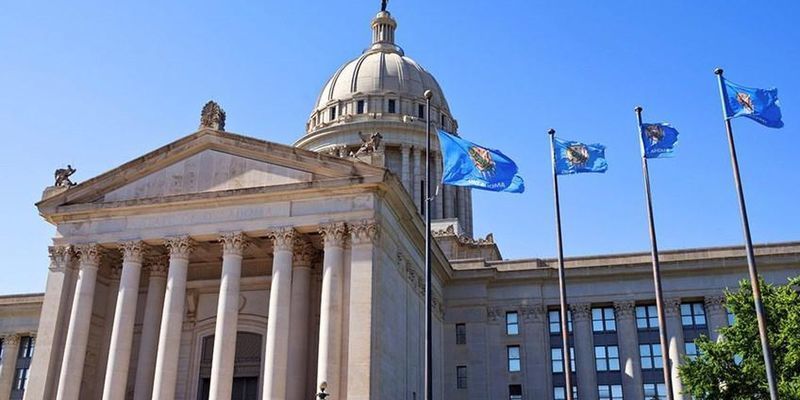 This week, I spoke to Sen. Roland Pederson, R-Burlington, and Rep. John Pfeiffer, R-Orlando. They represent Blackwell and other parts of northern Oklahoma at the Capitol.

Both Pederson and Pfeiffer said healthcare will be at the top of the list of things the Legislature will work on this year. The biggest tenet of healthcare talks will be Medicaid expansion.

Medicaid expansion would allow the state to receive more federal dollars to care for low-income individuals, but some lawmakers are concerned that the federal government could eventually reduce its share of the cost, leaving the cash-strapped state to pay the difference.

Oklahomans will get to vote on the issue in November, and Pederson expects that it will pass. That means it’s up to the Legislature to decide where the money for the program will be spent.

“Medicaid expansion will be a big deal, and we’re going to look at the proposal on that,” Pederson said. “It’ll probably pass, so unless the governor has got a plan that can derail that, I think Medicaid expansion is probably going to be here. Hopefully we can make guidelines so that we can help people better. We are going to try to figure out a way to direct the money to where people can get better treatment. It all kind of depends on how Medicaid expansion works out.”

Both Pederson and Pfeiffer, who represent largely rural areas, said healthcare is of chief importance to them. As rural hospitals across the country face closure, they’re looking to save those that serve their constituents.

And what’s a good way to do that? Ease certain regulatory burdens on physician assistants so that they can better practice in rural areas.

Pederson filed Senate Bill 1844, which would increase the number of medical establishments a physician’s assistant can work at. It would also allow physicians to collaborate with – rather than by supervised by – doctors, a move that could save rural PAs money by reducing supervision fees. That would benefit PAs who work in areas offering lower salaries, helping rural areas retain quality medical providers.

Even after sweeping commutations were approved for hundreds of Oklahoma prison inmates last year, the Sooner State still has some of the highest incarceration rates in the nation.

At the time, early prison releases for low-level offenders seemed to be the way to go. But now, lawmakers are asking whether they went a step too far by releasing those inmates.

Pederson said he’s heard “quite a bit of criticism on criminal justice.”

“Have we swung the pendulum back too far the other way by trying to reduce our prison population?” he asked. “We let people out that probably shouldn’t have gotten out. Any time you deal with something like that, you can swing things too far the other way. We’ll probably have some ‘tweaks’ as far as criminal justice goes.”

There’s more than one way to reduce a prison population. The death penalty certainly reduces the number of prison inmates. But Oklahoma hasn’t completed an execution in years, and now, a bill to eliminate the death penalty has been filed by Rep. Jason Dunnington, D-Oklahoma City.

Pederson doesn’t think it will pass, but he added that he has been surprised by the outcome of legislation in the past.

Pfeiffer said he’s proud that the state Legislature has increased funding for public schools by hundreds of millions of dollars over the last two years. For this session, he said, the Legislature will have to figure out the next step for improving the state’s school system, which for years has been ranked as one of the worst in the nation.

“There will be continued talks about education and where the state needs to go after two years of pay raises [for teachers],” Pfeiffer said.

WHAT BILLS DID THEY FILE?

Here’s your legislative lesson for the day.

Pederson and Pfeiffer each filed several bills for the upcoming session.

Not all of their bills are complete yet. Some are just “shell bills.” A shell bill is used by a lawmaker when he has an idea for a bill, but he doesn’t have it completely written yet. Lawmakers file a shell bill before the deadline for bill submission to, in essence, give it a place in line. Then they go in during the session and amend it by adding the actual text to the bill.

It’s like buying the pillow case because you don’t have the pillow yet, but you know you will soon.

Want to voice your opinion on a bill? Need to talk to your legislators about an issue? Here’s the information you need.

The state Capitol is located in Oklahoma City at 2300 N. Lincoln Blvd.