Letter to the Editor: Janet Smith, The City Council, and Blackwell's Future 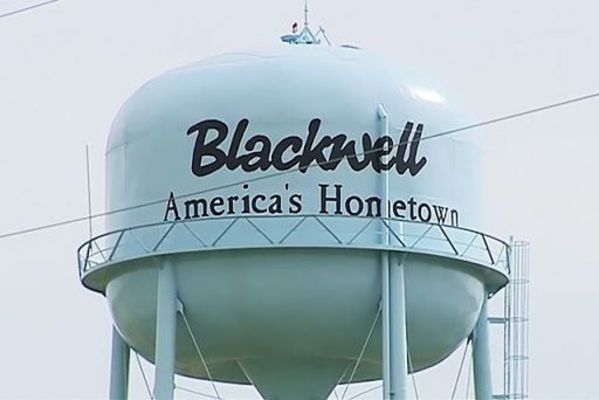 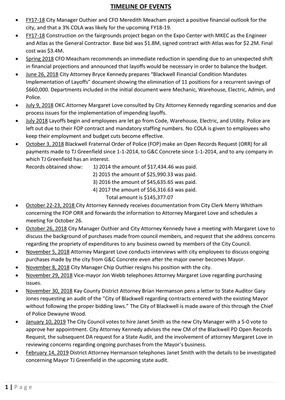 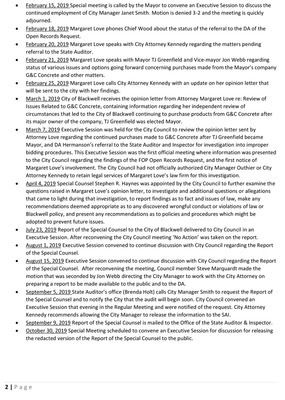 Huge changes have come to Blackwell, and they are amazing. Blackwell has come a long way since the January 2019 scuffle with two City Council members trying to fire the city manager who had only been here barely a month. I am human, and I don’t always agree with the City Council and/or city manager. There is nothing wrong with disagreeing politely, but mean, untrue, derogatory and hate-mongering comments further divide this community.

There have been several special City Council work sessions in the last couple of weeks along with the regular meetings (you can watch most of these on the city’s FB page and other Blackwell FB pages). Our City Council and city manager have been working hard. For years, we have complained about unsafe water, and our water quality has immensely improved since previous years. These major improvements in water quality happened in the last year with the CM leading the charge and working with city staff to accomplish this huge task. There are frequent reports during City Council meetings of what the Department of Environmental Quality has said or is requiring, and each one of these has been approved by the Council. There was a meeting just this week with the marijuana business owners, City Council, city attorney, city manager, and several department heads that ended up being very productive, and a plan has been made to move forward with all parties in agreement.

Last year, the registered voters of Blackwell approved the extension of the Hospital Sales Tax so that we can continue to improve our medical care. Those sales tax dollars and the Blackwell Public Trust Medical allocation (approx. $1.5 million per year) are now going to fund the hospital improvements, as well as 13th Street repaving from Blackwell to Chrysler (1.5 miles). Plans are in place to have a half-mile five-feet-wide sidewalk from the elementary school to 13th to provide a way for children to walk or ride bikes to and from school. The entire intersection of 13th and Ferguson will get a remake with the new sidewalk ordinance passed by Council requiring that sidewalks be added where major construction projects are occurring.

The means that sidewalks will be put in around the hospital and across the street where the Red Cross building is located, once the Council approves the new construction projects for the fire department storage facilities. That property has been donated to the city by the Morgan Foundation for the expansion of the fire department.

Within the last two weeks, a budget meeting was held with our new chief financial officer, Frank Crawford.

He replaced the previous treasurer/CFO who couldn’t do her job. Several Council members complained that they couldn’t get straight answers from her, and ultimately, three of the Council affirmed a decision to replace her. Since his arrival, he and the CM have been hard at work to put funds in the proper places in the budget. Two specific instances where there was money just sitting in wrong accounts that the last CFO said was ‘restricted’ was over $400,000 that she took from the general fund to pay for the event center, and over $625,000 ‘restricted’ that had been spent on the waste water treatment plant. Our new CFO agreed with the CM that both of these amounts were available and should be reimbursed to the proper accounts, and it amounts to over $1.1 million!

After that, the CM and new CFO began looking into the Blackwell Public Trust account and discovered over $1 million that the prior CFO did not even know existed. … And still, there are two Council members who not only voted to keep her as CFO, but have repeatedly bemoaned the fact that she is no longer our CFO.

The budget meeting also revealed that our CM has been reviewing past records to map out past utility costs and to find out why we had such huge utility increases in year 2018. This analysis will give the basis for proposing a plan to take us into the future and find ways to keep funds viable when planning for the unknown. The CM also spoke about a couple of our bond obligations falling off in the next couple of years, and she is working with engineers to get estimates on the cost of finishing out the remainder of the town’s water lines in one big sweep. Our CM is working with our city attorney to write new ordinances, and to propose city charter amendments to bring them up to date, and working to make much-needed repairs to city buildings and other matters never addressed by the previous CM.

Kay County District Attorney Hermanson made his presence known in our city in November 2018, when the city received a letter stating that he was directing the state auditor to look into matters regarding the mayor receiving funds from the city. When the Council became aware of the inquiry about to start by the state auditor, some decided to be proactive in the investigation, and hired R. Stephen Haynes to look into the activity discovered through the Open Records Request made by the Blackwell Police Department. He was also directed to look at our ordinances, procedures, and policies to help get Blackwell in compliance with state statues.

One of the byproducts has been the adoption of a much-needed purchasing manual for the Blackwell Municipal Authority. The citizens of Blackwell have asked for more transparency, and this was a huge step in that direction. Some of what has been found so far has not been pleasant, but the information gathered by Mr. Haynes has been handed over to the state auditor, and they have now issued a letter of engagement to the city. If the state auditors find criminal misconduct, then it will be turned over to the district attorney and the court system to make decisions.

Regardless of what some think, Janet Smith, our city manager, is not trying to control every aspect of this town. We are a Council/manager form of government municipality. The City Council votes on what has been placed before them, and they are the ultimate decision-making authority. This is why they are called the governing body.

I have lived here since 2008, and in the last year, I have seen more projects done and set up to begin in the near future. Included in these projects are things citizens have complained about for years. Finally they are being worked on or will be in the works soon. I think our city manager has a plate full and doesn’t have time for personal vendettas against City Council members.

None of us are perfect. We are not always going to agree. But we should act like adults when we disagree. What we put on community Facebook pages could prevent a nice family, a business or industry from locating here.