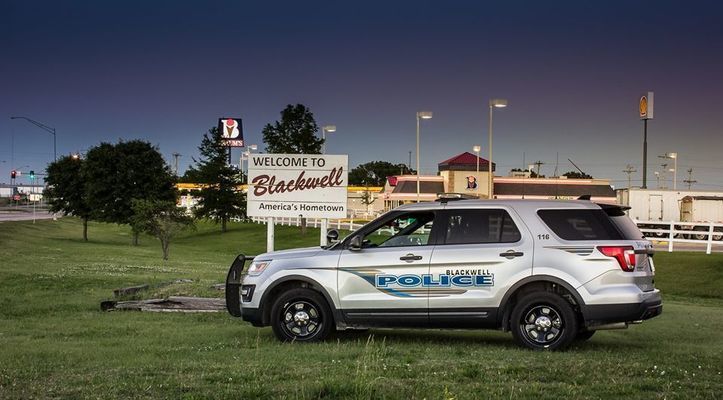 01:51 – Welfare Check – RP adv she needed to speak to someone and if she didn’t, she would hurt herself, RP is located in Braman, gave RP Grand Lake crisis number and contacted KCSO – Eaton Ave, Braman

03:01 – 911 – dialing error – RP calling 911 ref a vehicle driving through the parking lot, RP calling from Alva and didn’t know why he contacted Blackwell, RP advised vehicle left and will contact the Sherriff’s office in Alva

04:13 – Juvenile – curfew – RP adv she caught her son sneaking out of the house with a young juv female, female took off running towards the Fairgrounds, wearing shorts and log gray sweater – S 2nd street

13:07 – Domestic – RP advised he no longer lives at this address but got some belongings and his dog, once dog was given, verbal domestic resolved. RP to leave the premises on his own accord – 424 W Padon

15:41 – Animal loose – RP advised she was told her GSD from Newkirk was seen near intersection of Main & Doolin – ACO notified – Main & Doolin

18:42 – Welfare check – RP advised has not heard from landlord in three days, requested welfare check – son-in-law called and advised she is in OKC with health issues – extra patrol to property – E McKinley

19:48 – Trespassing/unwanted subj – assistant manager at Walmart called and wanted a subject trespassed – subject left and manager said he did not need an officer at this time – Walmart

21:09 – Disturbance – RP advised someone shining a flood light at his residence – spoke with, options given – 1020 W Lincoln

18:42 – Trespassing/unwanted subject – RP advised ex-boyfriend was back at residence-spoke with. Advised RP to call before making contact with subject – 725 W Kansas

23:28 – Accident hit & run – RP advised a male subject came to his residence and was harassing his friend and himself – male subject appeared to be intoxicated and left West bound on Meadow Lane – 1906 Meadow Lane

04:09 – Prisoner in Custody – Arrested Keri McClung for maintaining a dwelling where controlled dangerous substances are kept/sold, cultivation, possession of methamphetamine and possession of drug paraphernalia, hold for KCDC

04:19 – Prisoner in Custody - Arrested adult male Kevin McClung for possession of a controlled dangerous substance within 20000 feet of a park, possession of drug paraphernalia and child endangerment. Hold for KCDC

04:21 – Prisoner in Custody - Arrested adult male Neal McMartin for possession of a controlled dangerous substance within 2000 feet of a park, possession of drug paraphernalia and child endangerment. Hold for KCDC

04:21 - Prisoner in Custody – Arrested adult male Homer Parker for possession of marijuana, possession of a controlled dangerous substance within 2000 feet of a park and child endangerment. Hold for KCDC

10:12 – Residential alarm – back door alarm – building check was clear, officer will follow up with the homeowner – 612 E Oklahoma

11:51 – Call for other agency – green/blue colored Ford Escape, reckless driver possibly asleep at the wheel, subject is hunched over the console and eyes are closed – transferred to OHP – HWY 60 & 77

13:15 – Vandalism – screen was busted in on the automatic car wash – no report at this time, will follow up with on Wednesday – 520 W Doolin

16:41 – Call for other agency – Domestic, 14YO female advised she was verbally fighting with her parents over her anger problems, requested a Deputy – transferred to KCSO – 17482 W Judo – Braman

What YOU need to know about Blackwell's Ambulan...

Manhunt will continue throughout the night; sus...