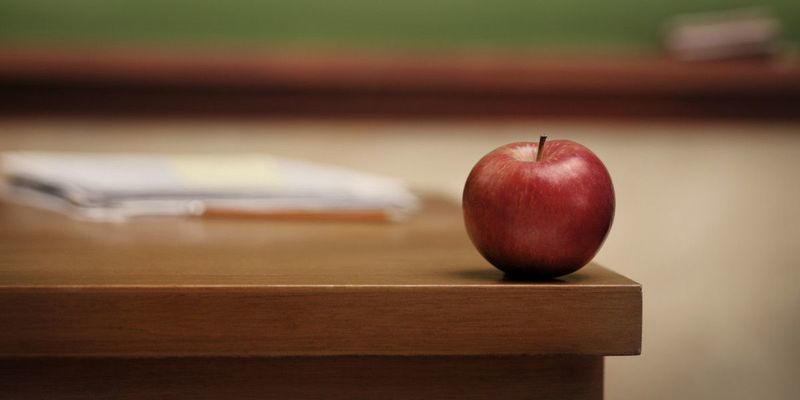 When you think of the word “teacher,” who comes to mind?

Maybe it’s a parent or a grandparent. Perhaps a close friend. It might even be Jesus, who taught us all to love one another.

Everyone thinks of a different person. And when I think of a teacher, I think of Ms. Allison Zimmerman.

From the outside looking in, it seems that Ms. Zimmerman had no choice but to devote her life to teaching. Her mother, Dr. Janet Cunningham, has spent most of her life passing knowledge and wisdom on to young folks like me. She’s the president of Northwestern Oklahoma State University – the same place from which her daughter graduated with high honors and later returned to teach broadcast journalism.

As a freshman journalism major, I walked onto campus in August like a deer in the headlights – the foreboding headlights of the syllabi, essays, and long nights of studying that come with a college education. But when I walked into Ms. Zimmerman’s “Introduction to Mass Communications” class, I felt welcomed. The lady in charge was a cheerful, eager young woman, ready to share with all of us the importance of communicating – and saying what we mean.

In her class, I learned a lot about the sacrifices of the journalists who came before me. To some, history can be boring, and only a handful of people know how to make it come to life. But lucky, lucky me: One of those people was Ms. Z.

I, on the other hand, probably kept time moving at a crawl. I wouldn’t shut up about newspapers – still can’t. That’s how she knew who I was on the first day of class: I had already met her mother, who warned her daughter that an old man in a young kid’s body would be one of her pupils.

Ms. Z was not at all wrong when she said that. She meant it in the most endearing of ways, and I got a good chuckle out of it. She just had the power to make you laugh.

Some have said she could light up the room when she walked in; this, however, is an understatement. She could set the room on fire with her quick wit and hearty laugh, and she could walk away without even striking a match.

That sense of humor made people happy, and that’s why her students were able to learn so much.

I can attest to what an incredible teacher she was, and I can only imagine what a loving mother she was.

Sadly, we’re running a little low on that kind of love today.

When Ms. Z passed away Friday, it came as a shock to everyone. She’d been at work just a few days earlier, teaching kids and showing them how to do good journalism.

Without Ms. Z, there’s a hole in the world. And I don’t think many people can fill it.

But even though she’s no longer walking the halls of the Jesse Dunn building, I know she’s still with us – and I know she’ll always be here for us.

Ms. Zimmerman gave her life to the Lord years ago. She knew He’d need her. And He did. He called her home Friday to become Heaven’s newest angel – a guardian angel for all of us here at Northwestern.

Ms. Z loved this place with all her heart, and she had a place in it for each and every person whose life she touched. She could have had so many jobs in her life: She could have been the lead anchor on the nation’s biggest TV station; a powerful public speaker who shapes the way we think; or the founder of some new form of journalism that serves and protects people. She had the world at her fingertips.

Of all the jobs she could have had, however, she chose the most noble: Teaching.

I know this to be true: Thanks to her, I’m well on my way to becoming the journalist I want to be.

Just a few days ago, I was telling Ms. Zimmerman about a new internship I’ve gotten. She was so excited for me, and she told me that I should be proud of what I had done. But I didn’t do this on my own. As I told her, I wouldn’t be here without caring, loving teachers like her.

Today, I’m on the path to the future I’ve wanted for so long. I don’t know where that path will take me tomorrow. But someday, I know I’ll get to where I want to be. And when that day comes, I’ll look at Ms. Z and thank her for what she’s done for me.

In a world where many are called and few are chosen, Ms. Zimmerman had a natural gift for picking people up, guiding them to a better place, and loving them all the way there.

The road ahead may not always be easy, and it may sometimes be scary.

But I’m not afraid. Someone is there for me. She always will be.