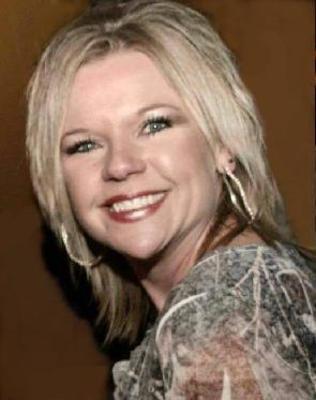 Celebration of Life for Kristal Leann Hillhouse Lucas, age 47, of Frederick, Oklahoma will be at 10:00 a.m., Tuesday, February 18, 2020, at the Ramona Theatre, 114 S. 9th Street in Frederick with Rev. Truman Ferguson officiating. Burial will follow in the Frederick Memorial Cemetery under the direction of Jackson Funeral Home of Frederick. Ms. Lucas passed away Friday morning, February 14, 2020, at her home in Frederick, Oklahoma.

Kristal Leann Hillhouse Lucas was born November 29, 1972 in Blackwell, Oklahoma to Laurence and Ava Lee (Staggers) Hillhouse.  She attended Blackwell Public Schools, graduating from Blackwell High School with the Class of 1991. On July 24, 1992, she and Terry Wayne Lucas were united in marriage in Blackwell, Oklahoma. Together they raised their children, Tiffany and Boomer.  She attended Northeastern Oklahoma A&M in Miami, Oklahoma on a full theater scholarship, and then attended Northern Oklahoma College, graduating with an Associate’s Degree in Fine Arts in 1994. Kristal met everyone she knew with an infectious smile.  She was a member of the Frederick First Christian Church.  Kristal was also a member of the Frederick Arts and Humanities Council, Xi Alpha Chi of Beta Sigma Phi, and Frederick Philharmonic.  She was very active with the World War II Airborne Demonstration Team.  Her hardest and most rewarding accomplishment was earning her wings at Jump School.

Visitation will be on Monday evening, February 17, 2020 at the Jackson Funeral Home Chapel.

Memorials contributions can be made to the World War II Airborne Demonstration Team of Frederick in memory of Kristal Leann Hillhouse Lucas.

An online guestbook is available at:  www.jacksonfuneral.net.