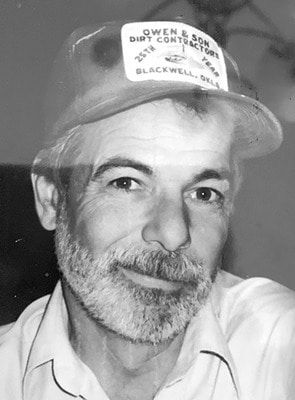 Robert Scott (Scott) Conaway passed away January 11, 2020. He was born October 27, 1947 to Robert E. ( Bob) Conaway and Helen Conaway. He graduated from Blackwell High School in 1965. After graduation he attended Northern Oklahoma College. He served in the U.S. Navy.

He married Anilee Turvey and to this union a daughter was born, Elizabeth Nicole (Nicki) Conaway.

Scott was a member of the United Methodist church.

Several years ago he moved to Benton, LA to make his home with his daughter and her family where they provided much love and wonderful care for him.

He is survived by his daughter, Nicki Holloway and Son-In-Law, Landon Holloway; Grandchildren, Michalee Harland and Fiancé, Kade Wilde, Rylie Harland, Luke Holloway and Lane Holloway; Great Granddaughter, Brooklynn Wilde; a sister, Vicki (Conaway) Greenwade and Brother-In-law, Robert Greenwade of Broken Arrow; one niece, Kori Moore Philliber Wallace of Broken Arrow and a nephew, Kent Moore of El Reno. He was proceeded in death by his parents and his best buddy, Milo. If you knew Scott you knew and loved Milo.

Services will be held Friday, February 21, at the United Methodist Church, Blackwell, OK at 10:00