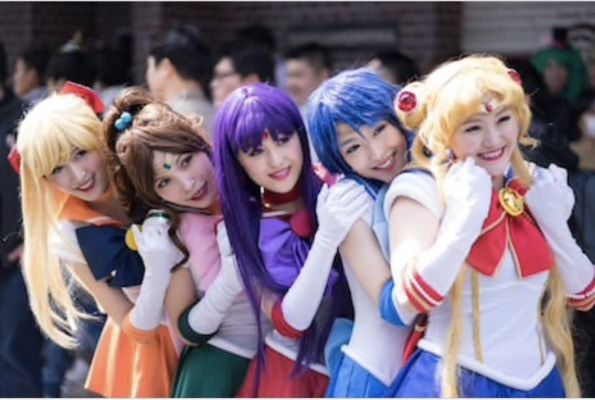 This weekend the Blackwell Journal-Tribune will once again be heading up north to the Naka-Kon Anime Convention in Overland Park, KS for a weekend of gaming, cosplay, panels, and more. Thanks to our wonderful working relationship with the staff of Naka-Kon, we’re able to attend as members of the Press, gaining access to some of the best spots for coverage of concerts, events, and of course, the vendor hall.

I get a lot of questions actually about these conventions since it is well known that I attend Naka-Kon and Anime Festival Wichita, the latter being held in the summer at the Hyatt Hotel in Wichita, KS. This summer, for the first time, my friends and I are also trying to attend Tokyo in Tulsa, Tulsa’s large-scale anime convention at the Cox Business Center. So, let’s get this start: What is an anime convention?

Anime, Japanese animated TV series and films, has captured generations for years with some heavy-hitters being Pokemon, Dragon Ball Z, Naruto, Inuyasha, One Piece, My Hero Academia, Cardcaptor Sakura, Digimon, etc. Popular anime films include the works of Studio Ghibli under legendary animator Hayao Miyazaki. Classics like KiKi’s Delivery Service, Castle in the Sky, Howl’s Moving Castle, Spirited Away, My Neighbor Totoro, NausicaA of the Valley of the Wind, Castle of Caglistro, Whisper of the Heart, AKIRA, Your Name, Ghost in the Shell...etc.

Now that we know what anime is, lets look at conventions. In the public mind-set, “comic book convention” might be the more common scenario one would attend, but comics or anime it’s all the same. It’s a collective of hundreds and thousands of people who get together for a weekend to dress up in costumes, interact with other people in their fanbases, buy products and paraphernalia, take photos, it is basically like a weekend long Halloween night mixed with the thrill of shopping. Dolls, statuettes, collectibles, keychains, costumes, props, art, instruments, Japanese soda and candy, soundtracks...anything you can think of, it can be found at an Anime Convention.

These conventions come in all shapes and sizes, too. My very first convention was in 2006 at the Best Western in Wichita where my parents took me and my two close friends for the day. The following two years, my dad drew the short stick and took us there for the whole weekend to stay in the hotel!

Anime Fest Wichita (AFW) had an attendance of probably 2 thousand-2,500 those early years before it changed location to the Hyatt Hotel and convention center. In 2012 my friends and I got our taste of the big leagues with our first Naka-Kon which it is estimated probably drew a crowd of over 5,000. As you can tell, it was a pretty significant change of pace. To put it in perspective, Naka-Kon last year probably welcomes more than 10,000 and AFW might have gotten up to 5,000.

Tokyo in Tulsa attracted 8,000 in 2015, which means they’re looking at a larger number, we assume, than Naka. Wow! It’s going to be an exciting summer.

This weekend at Naka-Kon, you can follow me and my friends along for the ride by keeping up with me on my Twitter (AVRGCharles), Snapchat (AverageCharles) and Instagram (avrgcharles) where I will be posting photos and videos from Friday through Sunday. Viewer discretion may be advised.

Anime conventions are fun for all ages and they’re a great way to let out your creative spirit or just to unhinge and geek out for a whole weekend, free of judgment or care. To top it off there’s panels, signings, and concerts with the special guests from the industry that are in attendance every year. I’m hoping to score and interview or two this weekend, so get ready for that.

In the meantime you can research your own conventions around Kansas and Oklahoma to see which one you might have the most fun at! Hope you guys are ready for hella pictures.