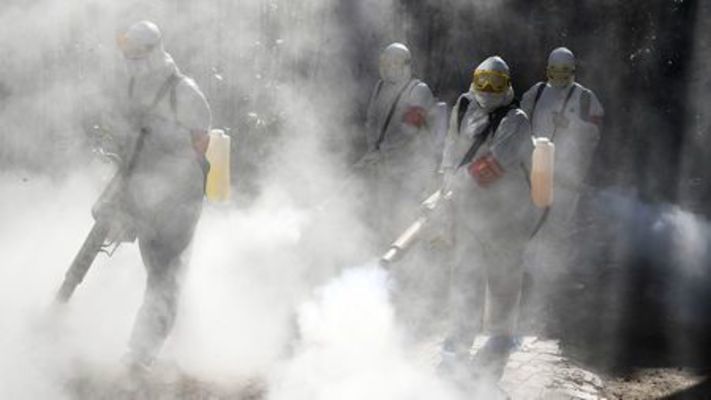 The Kay County Health Department is testing local residents for the coronavirus in a drive-through testing facility at the Ponca City RecPlex today from 10:00 a.m. – 2:00 p.m.

The department has limited supplies and will “focus on individuals in Kay County with the highest risk,” a spokesperson for the department wrote in a Monday news release.

In order to be tested, a person must be 18 years old or older, have a fever greater than 100.4 degrees Fahrenheit, and have a cough or shortness of breath. Only one person per household will be tested, officials said.

Department officials said those who have been practicing social distancing for the last two weeks – and those who have come in contact with someone who has tested positive for the virus in the last 14 days – should not come to the testing facility.

The testing facility in Ponca City is one of several that have been opened across the state as the coronavirus continues to spread.

As of press time Tuesday, Oklahoma had 106 confirmed cases of the virus, with five of those cases in Kay County. Twenty-five people have been hospitalized. Three individuals in the state have died from the virus. 735 people have tested negative for the virus. Reports from other media outlets have shown that some patients of the virus have recovered, but official recovery data was not available as of press time.

The coronavirus, also known as COVID-19, is a respiratory illness that originated in China, data from the Centers for Disease Control shows. Symptoms of the virus include fever, shortness of breath, and dry coughing. Symptoms appear 2 – 14 days after a person has been exposed to the virus, which is transmitted by coughing and touching contaminated surfaces.

President Donald Trump signed legislation March 13 declaring the coronavirus a national emergency, allowing the federal government to spend up to $50 billion to combat the virus’ spread.

The State of Oklahoma and several local municipalities, including Blackwell, Braman, and Ponca City, have also declared emergencies as a result of the virus.

In Oklahoma, a limited number of testing kits for the virus are available, which health officials say is a problem. To help combat the shortage of kits, the state has partnered with private laboratories and state universities to allow for increased testing.

The department created a partnership with the Diagnostic Laboratory of Oklahoma March 20 to increase the state's testing capacity. Thanks to the partnership, DLO's labs in Dallas will be able to test hundreds of samples, including more than 300 that were sent March 19. Results should be returned in “a couple of days,” officials said.

“The Oklahoma State Department of Health appreciates the strengthened partnership with DLO to send COVID-19 test kits to its facilities in Dallas for rapid results,” Commissioner of Health Gary Cox said in a media release. “The state is committed to expanding testing and result capacity by building out more public-private partnerships here at home and across the United States. Thanks to action taken at the federal level, we are expecting more supplies to come online in the coming days to support our efforts."

Testing will be prioritized for people who are more vulnerable to the disease, including children, the elderly, and individuals with compromised immune systems.

Inside The City of Blackwell's Small Business Loan

Oklahoma to begin "Bounce Back Plan" from COVID...