COVID-19: What do we do now that the movies are gone? 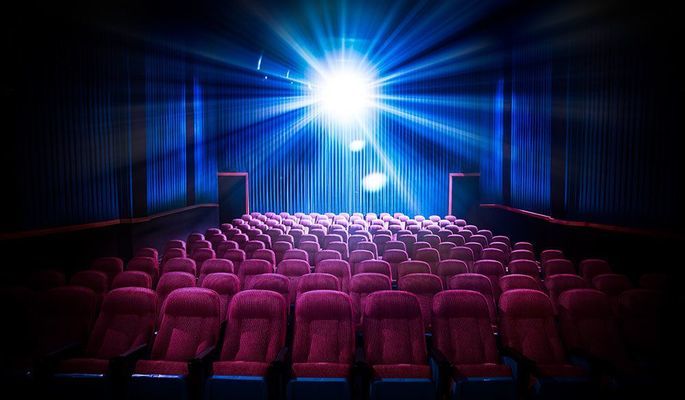 Selena says that to a shell-shocked Jim before adding: “everything's f****d” in Danny Boyle's provocative and terrifying 2002 masterpiece 28 DAYS LATER. This exchange happens as the two ruminate over the end of the world brought on by the Rage Virus pandemic that turned normal folk into blood-thirsty, savage, zombies.

Our movie theaters are shut down, causing the box office to plummet to an absolute $0 for the first time in the almost century of film-going. Studios are dumping products onto digital to recoup the profits they're losing for wide-release films in the middle of this unprecedented Coronavirus pandemic. It is a rough time for everyone.

So, we're not getting new movies right now, and we probably won't until the summer, and even then it's going to take some time before everyone is comfortable going outside or gathering in large groups again...so what does that mean for someone like me, who's entire schtick is...well...movies? What does that mean for you, the two or three people that read my column?

Well the good news is that while we wait for more cinematic adventures, we've all got a hefty backlog. I have movies I bought a year ago that I still haven't opened, I've got classics I haven't seen that are collecting digital dust in my Amazon Prime que, and I know you do too. So let's not fret too much.

Hell, there's about a bajillion TV series across Hulu, Netflix, Amazon Prime, Shudder, all of that you could be watching too. There's no shortage of entertainment while we're all hunkered down in quarantine, there's just the matter of what to watch first. What are you in the mood for?

So give me some recommendations, give me anything.

In the meantime, you can escape this hellish sickly world in a good video-game, like say, “Animal Crossing: New Horizons” which just released for the Nintendo Switch last week. Animal Crossing is a fun, relaxing, slice of life simulator where you hangout on a tropical island and fish, catch bugs, dig up fossils, plant flowers, and interact with your cute animal buddies basically doing nothing except chilling.

If cutesy and fun isn't for you, there's “DOOM: ETERNAL” the sequel to 2016's bloody smash-hit reboot of the Doom franchise where you once again take control of The Doomslayer and get to work eradicating the forces of Hell that have overtaken Planet Earth after being awoken via a dangerous portal on the planet Mars (I know, it's ridiculous...and awesome.)

Or you can go jump into “Call of Duty Modern Warfare” and play the battle royale Warzone mode, which is your “Fortnite” or “PUBG” equivalent in Call of Duty, except twice as fun as both and a million times better looking.

Next week i'll be coming with a surprise review of one of my favorite movies of all time...Disney's The Lone Ranger.