City Council enacts curfew for those under 18: "They think it's summer break" 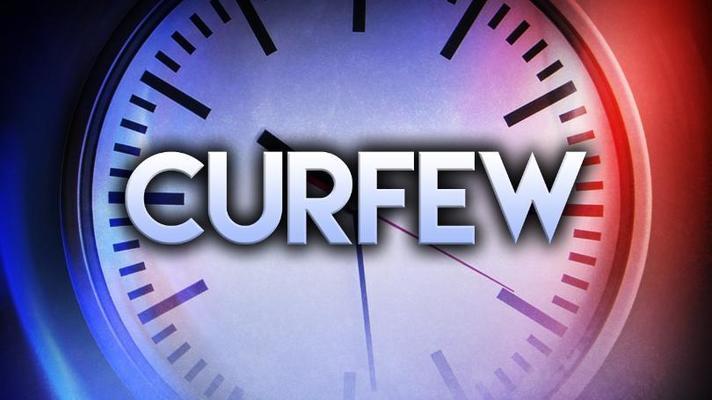 The Blackwell City Council held its second meeting during the coronavirus pandemic Thursday at City Hall, where Council members approved several items related to the ongoing state of emergency.

Council members voted to institute a temporary curfew for Blackwell residents under the age of 18.  The meeting began with a recognition of the City of Blackwell's Employee of the Month, Gary Preuss, a lieutenant with the Blackwell Police Department.

“He's really helped us out, and we appreciate all he's done for us,” Chief of Police Dewayne Wood said. The first item of business for the meeting was an emergency paid sick leave policy for city employees as a response to the coronavirus emergency.

The policy is effective from April 2 to December 31.  Following the approval of the policy, the City Council approved bids for mowing.

Then the Council appointed Tim Lyon, Kim Peterson, and Pam Polk as the city's trustees with the Oklahoma Municipal Assurance Group at the recommendation of City Manager Janet Smith.  After appointing the trustees, City Attorney Bryce Kennedy presented an amendment to the city's curfew ordinance.

That came after discussion from Emergency Manager Cory Hanebrink about how Blackwell youth are still congregating, despite being urged to socially distance themselves due to the pandemic. The curfew will apply to those under the age of 18 daily from 6 a.m. – 9 p.m. The ordinance will not apply to those who are emancipated, those who are “certified” adults, or those who have jobs with essential businesses that operate outside of those hours.

The new curfew is not permanent. It will only last as long as the city's emergency proclamation is in effect. “Kay County is No. 5 on the list of counties for new cases,” Hanebrink said. “It's a big concern trying to figure out what's going on in this county to have so many cases. It's a concern for me, our community, citizens, and the surrounding communities. This is just a step to slow things down.”  Hanebrink cited Kay County's first COVID-19 related death as a need for drastic action to slow the pandemic.

“This is going to get more intense, and in retrospect, this curfew will be seen as a baby step,” Kennedy said when asked by Councilman Jon Webb if this change follows state and federal guidelines.

“The kids are out of school right now,” Wood added. “They think it's summer break, and it's not. We need their cooperation. This will just give us 'teeth.'”

Vice Mayor Steve Marquardt commented that it was an excellent idea. All Council members voted “Yes” – except for Webb, who refrained.

The next item on the agenda was an update to the City of Blackwell's Emergency Proclamation, which confirmed the suspension of utility shut-offs within the city. It also detailed quarantine guidelines and clarified essential jobs and duties, among other measures.

The full ordinance is available on the City of Blackwell's website and Facebook page. “Vulnerable individuals ages 65 or older shouldn't be leaving their house,” Kennedy said. “This is an older person's disease. Luckily, I'm only 64.”