Race is on for Kay Co. Clerk and District 2 Commissioner 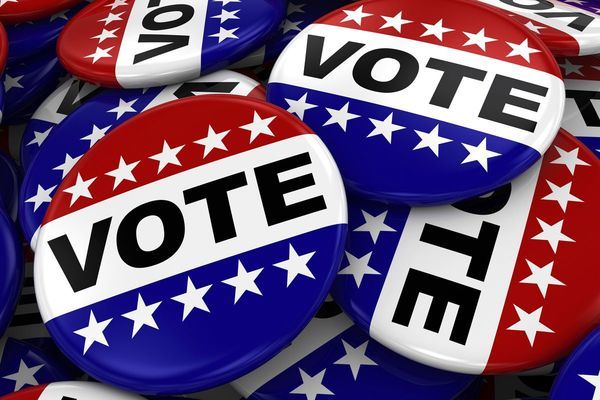 Candidates filed to run for elected offices across the state April 8 – 10, and two races have developed in Kay County.

Natalie Joella Scavezze of Ponca City and Marilee Thornton of Newkirk filed to run for the office of Kay County Court Clerk. Thornton is the incumbent. That race will be on the June 30 ballot.

Chris DeBoard and Jason Shanks, both from Newkirk, filed to run for the office of Kay County District 2 Commissioner. Shanks is the incumbent. That race will be on the Nov. 3 ballot.

Kay County Sheriff Steve Kelley filed for reelection and was not contested. Kelley is from Tonkawa.

Kay County Clerk Tammy Reese filed for reelection and was not contested. She is from Nardin.

State Senator Roland Pederson, R-Burlington, filed to retain his seat as the senator representing District 19. That district includes the towns of Blackwell and Braman, among other towns in northern Oklahoma. Enid Republican David Mason also filed for the office.

State Representative John Pfeiffer, R-Orlando, filed to retain his seat as the representative for District 38. He represents Blackwell, Braman, and other towns in northern Oklahoma. He had no challengers and was reelected by default.

Three candidates filed to become one of Oklahoma's corporation commissioners.

Republicans Harold Spradling of Cherokee and incumbent Todd Hiett of Kellyville filed for the office. So did Libertarian Todd Hagopian of Bixby.

A Ponca City man is challenging U.S. Senator Jim Inhofe, R-Tulsa, in his reelection bid for the U.S. Senate.

R.O. Joe Cassity Jr. of Ponca City filed to run against Inhofe, who has served in the Senate since 1994.

Two Independent candidates, Joan Farr of Tulsa and A.D. Nesbit of Ada, filed to run against the longtime senator. Libertarian candidate Robert Murphy of Norman is also running for the office.

Oklahoma District 3 Representative Frank Lucas, R-Cheyenne, is challenged in his bid for reelection by Democrat Zoe Midyett of Wellston.

All state and federal elections will be on the June 30 ballot.