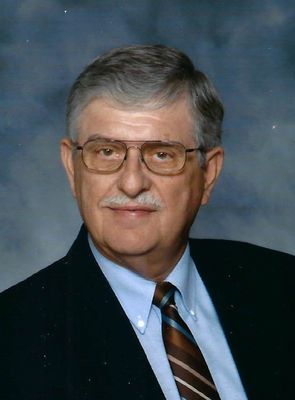 Neil was born on November 27, 1938 in Blackwell, Oklahoma, the son of William Henry and Helen Marie (Bangerter) Kahle. He grew up in the rural Braman area, attending grade school in Braman, and graduated from Blackwell High School in 1957. He attended Northern Oklahoma Junior College (NOC) and graduated in 1959 with an Associate of Science Degree. He then continued his education at Oklahoma State University, graduating 1961 with a Bachelor of Science Degree in Mathematics.

Neil married Rachel Reusser on August 9, 1961, in the Lutheran Church of Blackwell and they moved to Amarillo, Texas to make their home the next 4 years, where he taught mathematics at Amarillo Junior High School. In 1965, he moved back to Oklahoma and taught math at Deer Creek High School for 2 years, and in 1967 he started his teaching career at Blackwell High School and retired in 2010. He was chosen Blackwell’s Public Schools “Teacher of the Year" in 1996.

While living in the rural community most of his life, Neil was engaged in farming and education—a love he had since childhood. He has had a life-long commitment to education, teaching 44 years. He was proud to be a part of the educational process in the community. Neil was a member of Trinity Lutheran Church in Blackwell. He served as congregation president, elder, church secretary, educational chairman, choir member, helped organize pre-school, youth director, and a member of the pre-school board. Also, elected to the Braman School board five years, holding various offices.

Survivors include his wife of the home, Rachel of Blackwell; one son, Todd Alan Kahle and wife Tammy of Ulysses, Kansas; one daughter, Merry Bryson of Stillwater, Oklahoma; and grandchildren, Kody Kahle of Sidney, Australia and Clayton Kahle of Ulysses. One great- grandchild, Gio¥anni Amato. Also surviving is one sister, Betty Cobb and husband Wheeler of Blackwell, Oklahoma; one sister-in-law Sylvia Vogt, Moundridge, Kansas; one brother-in-law Paul Becker, and several nieces and nephews.

He was preceded in death by his parents, one still-born daughter, one sister-in-law Ellen Becker, and one brother-in-law Marlin Vogt.

Funeral Services are scheduled for 11:00 a.m. on Saturday, May 16, 2020 at Trinity Lutheran Church with Pastor Ned Moebe officiating. Burial will follow at the Blackwell Cemetery.

Memorial contributions may be made to the Neil Kahle Mathematics Scholarship Fund, sent in care of the funeral home.

To leave a message for the family online, please visit www.RobertsandSonFH.com.