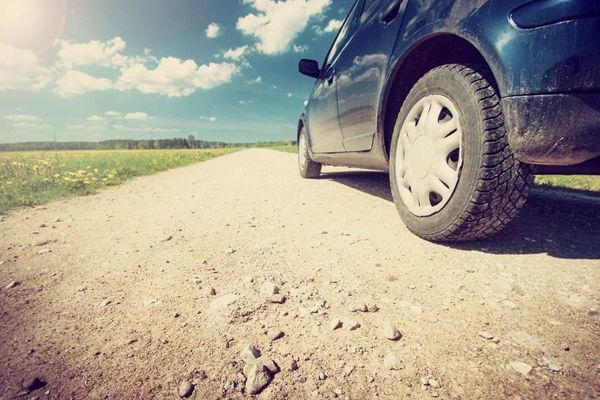 A Blackwell man was arrested by troopers with the Oklahoma Highway Patrol after allegedly leading law enforcement officers on a high-speed pursuit down county roads outside of Blackwell.

Jerry Wayne Campbell, 49, was driving a red Ford F-150 truck south of Blackwell at speeds of up to 100 miles per hour at approximately 9:45 p.m May 20, highway patrol officials said in a news release. Troopers pursued Campbell for approximately 20 minutes before he wrecked his truck.

Campbell allegedly failed to navigate a correction line, departed the roadway to the left, hit a ditch, and then crossed back over the roadway while airborne. He then crashed into a tractor parked on the side of the road, troopers said. Campbell allegedly ran from the scene, but troopers caught him a few minutes later.

Court officials issued a bench warrant for Campbell's arrest February 27, 2020. On May 11, Judge David Bandy filed a motion to revoke Campbell's suspended sentence. Campbell appeared in court May 22 – two days after leading state troopers on the high-speed chase – and admitted that he failed to make payments to the court, online court records show.

Gary Young allowed to work at farm under new bo...

Cody's Corner: Have you ever journeyed into the...