Cap's Corner: When it comes to George Floyd, justice is not revenge 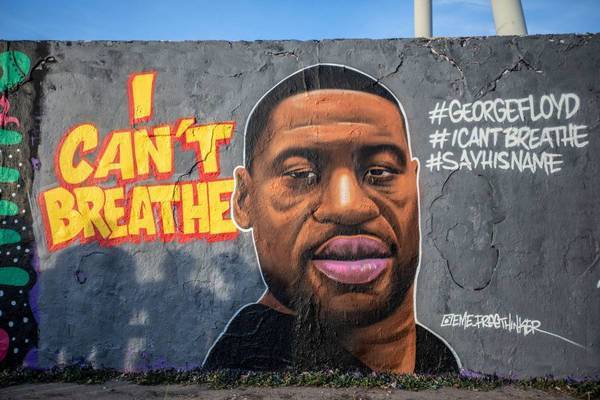 Like most of you, I had never heard of George Floyd or Officer Derek Chauvin until this past week.

George Floyd was the man that was slowly choked to death by Minneapolis police officer Derek Chauvin. Mr. Floyd was being detained and arrested for supposedly using a $20 counterfeit bill to buy cigarettes. A store employee called the police to report it, and Mr. Floyd was still sitting in a car across the street from the store when the police arrived.

We have all seen the video, and it is very disturbing to say the least.

Of course, I cannot speak for anyone else’s reactions but my own, and I would like to share the roller-coaster ride that I have been on this week, and where I am today.

First off, I do not have cable, and I have been purposefully trying not to listen to news for the past several months. This was a choice that my wife and I made once we realized that so much of the news we were watching was negatively affecting our emotions and our lives. So, I did not even really hear about all of this until Wednesday.

I have been a police/fire chaplain for the past 10 years. My first gut reaction, any time I see or hear about abuse of power by police, has been one of patience: Let us wait for the evidence to come out. This does not mean that I am so naïve that I cannot imagine a police officer being guilty of abusing his power. But instead, it has been my experience that in many of these cases, the story you first hear is not the whole story – or even close to it.

This was my general reaction to Mr. Floyd’s story when I first read about it on Facebook. It wasn’t until I saw the video on Thursday that my patience went out the window. Shocked, dismayed, and angry are words we use to try to describe what we are feeling when we see something like this. It was so unnecessary, so casual, and so cold of a killing that my mind could not even fully wrap around what I had just witnessed.

I have not said much about this on Facebook, or to anyone for that matter, but I want to speak now. I needed some time to process this not just in my head, but also in my heart. I had to get to a “better” place before I spoke up.

As I sit here and write, I am trying to discern how a Christian should respond to all of this. Yes, of course God is a God of love, and we should be seeking in our hearts to forgive Officer Chauvin for what he has done. However, God is also a God of justice, and we should be seeking justice to be served for Mr. Floyd’s family, his friends, and for the entire community of Minneapolis.

So, how does one do both? How does one seek justice and forgiveness at the same time? To start off with, forgiveness does not mean that justice cannot be sought out – or achieved. We have to spend the time to realize what forgiveness is, and what it is not, and that is true with justice as well.

Forgiving someone of a sin, or an offense against you, does not necessarily give that person a “pass.” Even if your spouse or significant other forgives you for calling them something terrible, there still is a cost. They can forgive, but it might take them a long time before they forget.

No, the power of forgiveness is much more to help you. When you forgive someone, you take back that power that they had stolen from you. Each of us, in our own way, and in our own time, needs to seek within us that place where we can begin to forgive Derek Chauvin for what he has done.

Justice is not revenge! Sometimes, justice will bring about some sense of revenge, but those few times are not part of justice; it was just a coincidence. Revenge is hurt people hurting people, and that is what we are seeing being displayed with the riots in Minneapolis. Theirs is a community that is hurting greatly and does not need our condemnation. Instead, they need our love, our prayers, and our support.

Justice is seeking a way to right a wrong to the best of our limited abilities. Obviously, we do not have the power to bring back to life George Floyd (that would be the greatest justice), and so we seek to punish the one(s) that took his life, and to do so in a rational way as much as possible.

This is where I have come to, as a Christian, in all of this: We should pray for justice and pray for the ability to forgive, for that is what we are called to do. You know what we Christians should not do? We should not judge, for this is not our calling.

Dayle says to "Pay it Forward" for a better life