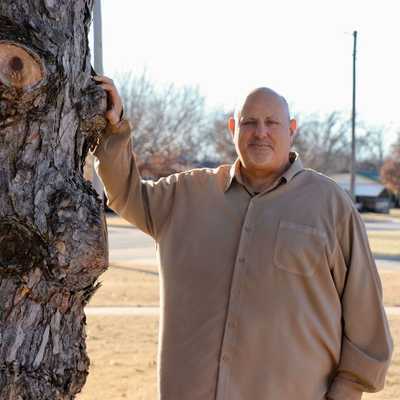 We are coming up on election time for the Mayor’s seat in Hometown Blackwell OK, June 30,2020.  Glenn Cox is squaring off with incumbent TJ Greenfield. Many of you do not know me, Karen Baker who bought a home here in Blackwell with her husband in 2008. I was not born or raised in Blackwell, but I am from the area. I am asking you to vote for Glenn Cox in the upcoming election to bring about some changes to issues that have done nothing but litter our hometown with negativity.

Change in leadership is beneficial to opening-up new doors, new ideas and having a new set of eyes. I believe another necessity to be a Mayor is maturity and self-control. Several times I have seen the incumbent lacking in that ability during City Council meetings.

Supporters of Glenn Cox have posted on Facebook and been met with negativity by some posting in the comment section. He is not qualified; he only has been a softball coach or just a dispatcher. He is not from here. He did not do this, or he does not know as much as the current Mayor running for re-election. What I do know about Glenn, is he is dedicated to this community and doing everything he can to make it great.

My huge question about our current Mayor’s qualifications is the fact that he was not able to maintain his own business G & C Concrete.

The incumbent Mayor has focused on the fact that he has been a lifelong resident of Blackwell vs Glenn who CHOSE Blackwell to settle down and raise his children several years ago. His wife is not a newcomer to Blackwell having spent some of her childhood here and still connects with those she knew while spending time here. Glenn has a variety of work and volunteer experience in management and has worked with a variety of different people who possess different personalities.

Glenn was a police dispatcher for many years at the Blackwell Police Department before retiring and with that experience has put him in touch with almost every citizen in this community.  He has also been active in coaching youth sports, Children’s Christmas Store, City Wide Cleanup and Kara’s Game are some others.

Glenn is a Team Player, a Christian, Loves Blackwell and Looks for Opportunity to Give Back.

If elected, Glenn is geared towards the wants of the community and not a reflection of certain individuals. He believes in transparency of city government, which the city lacked in some areas up until a little over a year ago when Janet Smith was hired as City Manager in 2019. One example of the city’s lack of transparency is what drove the Open Records request in 2018 by the FOP that centered around the dealings of G & C Concrete, Mayor Greenfield’s former concrete company and dealings with the city. These were sent to the Kay Co District Attorney and were forwarded to the State Auditor. Besides the audit from the State Auditors, the City Council itself voted to hire R. Stephen Haynes to come in and do a special investigation to determine if the city has made improper contracts with or purchases from its municipal officers.

The request for records was made after about a dozen employees were laid off because of the city’s financial difficulties. According to the previous CFO, one month the council was told it had money, next month it is broke

Quoting some of Glenn’s priorities for Blackwell include – Teamwork among our City Council members and other members of city management.  Honesty, fairness, and openness. Nothing is gained by hiding information. The city has begun to address infrastructure and have made progress in some areas, but there is more work to do. And it will take time to address and accomplish.  Economic development is important to Glenn as well to grow our community, lessening the financial burden on citizens. We have Blackwell Industrial Park to develop by working with the Blackwell Tourism Development Board and Blackwell Industrial Authority, to build on what we have.

Our current and future tourism attractions market and draw people to our community. Teamwork is important to draw in different resources and ways to build our community. Housing is important and teaming with the Blackwell Economic Development Authority will require all team members being on board to accomplish this goal.

Those supporting the Mayor have launched the argument that the incumbent has more experience. I can remember when our Mayor came on board the City Council and did not have the same level of knowledge that he has now. Whoever the current mayor is, there is an automatic seat to the various boards the Mayor has listed. The Blackwell Public Trust (BPT) is one of our assets to helping Blackwell financially. Thanks to previous Brad Bechtel, Mark Cordell, Jim Rodgers, Mike Loftis, and Mark Savage for coming together to invest the settlement funds for Blackwell’s future.