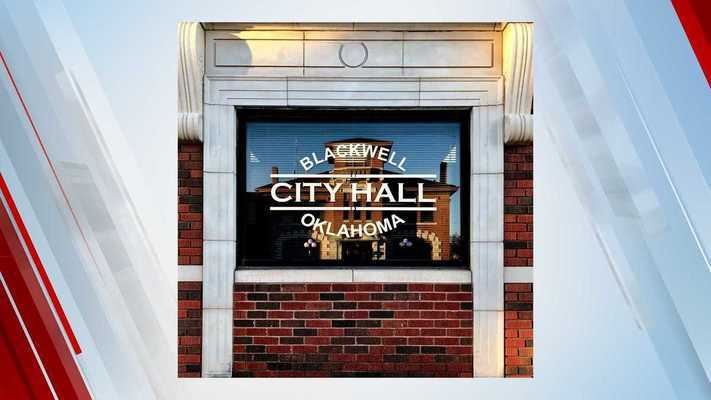 EXPLAINING THE ROLE AND WORK OF THE CHIEF FINANCIAL OFFICER; SOCIAL MEDIA OPINIONS; AND HOW RESIDENTS CAN RECEIVE ANSWERS TO THEIR FINANCIAL QUESTIONS

On August 8, 2017, the voters of the City of Blackwell approved Ordinance No. 2017-01 (amending Article II, Sections 7 and 8 of the Blackwell City Charter) which eliminated the position and duties of city treasurer and replaced it with a Chief Financial Officer who is appointed by and answers directly to the City Council.

The CFO is required be a certified public accountant with experience in governmental accounting, auditing, financial procedures, with experience as an auditor or comptroller, and with the responsibility for financial statement preparation and financial system oversight. The charter duties of the Chief Financial Officer are to:

2. Resolve all material accounting and posting questions that arise, as well as being available to consult with the City Auditor during the audit.

3. Assist in the preparation of the budget.

4. Monitor and implement other necessary or required internal controls as well as supervise financial system operations.

5. Prepare and maintain an accounting policy and procedures manual in accordance with City’s financial operation to assure compliance with generally accepted accounting principles.

The Chief Financial Officer is also responsible to ensure adequate internal controls, and shall perform such work as directed by the City Manager.

Governor Stitt signed the approval of the amended charter on May 30, 2019, and the City received notice of this approval on or after June 6, 2019.

At that time, Ms. Meredith Meacham, CPA, of the CPA firm RSMeacham, and who had been serving as the City Treasurer, had already been given notice that their accounting firm’s contract would not be approved for FY2019-2020. The City Council appointed Frank Crawford, CPA of Crawford & Associates, as the City’s first Chief Financial Officer to begin July 1, 2019.

The appointment of a Chief Financial Officer in charge of financial matters is truly unusual in City Manager Forms of Government but is meant to protect the public and ensure compliance with the laws governing finances. Further, the CFO is on the same level as the City Manager in city administration.

In order to correctly perform his services, it was required that he review several previous years’ financial records and financial statements. He found that both the former CPA firm and auditor missed sizable errors throughout those financial statements. Although this work was costly, his calculations were confirmed by an independent auditor, so that ending and beginning balances have been corrected for FY2018 and FY2019.

1) discovered over $2,000,000 in Blackwell Public Trust funds owed to the City for which had never been accounted. These monies were found when the city requested that all the allocations present in the investment firms be transferred to accounts set up in the city’s General Fund,

2) organized a comprehensive look at the city’s cash on hand, showing amounts in excess of $12M, and,

3) worked with the City Manager to present a balanced budget to the City Council for FY2021, without requesting any utility rate increases for the next year, and holding the rates at last year’s levels. This should be compared to advice from the former accountants requiring two (2) more years of dramatic utility rate increases, layoffs of additional city employees, and reduced spending on infrastructure.

Significant financial information prepared by the CFO is available to the public on the City’s webpage. In addition, Mr. Crawford attends the second regular City Council meeting each month, where the public has the opportunity to ask questions of Mr. Crawford at the proper scheduled time.

The Charter allows the City Manager and/or the City Council to employ additional person(s) or entities to perform financial related services. Pursuant to this provision, the City contracted with a local entity owned by a resident, to perform certain projects for the City, but after only a few months, those services were no longer needed.

This resident has made it her mission to continually criticize City management and several members of the governing body, through social media posts. She continues propagating incorrect facts, half truths and other information which is not credible. She is not a certified public accountant. She has not followed any audit standards in the preparation of her opinions, never issued a detailed report of her conclusions, nor has any of her work been subject to peer review from an auditor.

Whether she ever received any required continued professional education on the matters of which she expresses opinions, or ever has been trained in any specialized governmental accounting is unknown but doubtful. The truth is that her work with the City was shoddy, had to be redone, was of little or no use to the City or the Chief Financial Officer and was fraught with a misunderstanding of local government and policies and procedures.

As she has admitted on social media, she took some of the City’s internal financial documents without authorization, and we maintain they have been used for her own purposes. While those documents may have constituted public records, available through the Oklahoma Open Records Act, a professional would have gone through the proper process in their acquisition. By use of that document, she has made wild and non-factual allegations against City management and certain members of the governing body with whom she has a difference of opinion.

While it is uncommon for City management to comment on words of a local resident, it is important to promote truth and not fiction, and to directly combat what appears to be a vendetta against the City Manager of Blackwell.

Answers to legitimate questions, particularly as they relate to financial issues, should be addressed to the Chief Financial Officer during the second Council meeting of the month.

It is time for the citizens of this community to come together, stop the negative and vitriolic rhetoric, and support the Governing Body and City administration as they perform the very important duty of serving the Blackwell community.