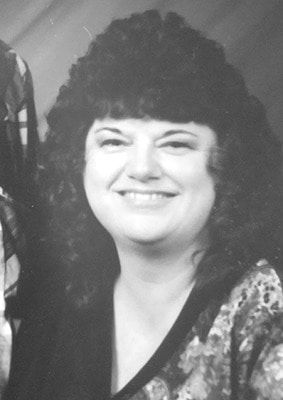 Memorial services for Deborah Ann Wallace, 65, of Verden, will be held at 10:30 a.m. on Friday, July 3, 2020 at the New Life Christian Church in Chickasha, Oklahoma with Pastor Ezell Nelson officiating.

Deborah Ann (McGuire) Wallace, known to most as Debbie, was born in Blackwell, Oklahoma. She was the daughter of George Franklin McGuire and Betty (King) Hilbert. She died Sunday, June 28, 2020 at her daughter’s home surrounded by family.

Debbie grew up in Blackwell and graduated from Blackwell High School.

On June 23, 1973, she married Gary Wallace and they eventually made their home in Verden where they raised their three daughters. The loves of her life were her family.

She worked at Delta Faucet for 18 years and was a member of New Life Christian Church.

Debbie was preceded in death by both parents, her husband Gary, two brothers Tommy McGuire and Mikey McGuire, and a sister Susan Bell.

Survivors include her daughters and sons-in-law Cindi and Robert Nichols of Verden, Christal and Justin Hopkins of Chickasha, and Brandi and Brian Hymer of Bridgecreek; grandchildren Braydon Nichols and wife Kaity of Yukon, Ethan Nichols and girlfriend Elicia Romero of Chickasha, J.D. Bennett and girlfriend Taylor Shields of Chickasha, Michael Bennett of Fort Riley, Kansas, Ashley Bennett of Chickasha, Garrett Hymer and Maddie Hymer of Bridgecreek; two great-grandsons Eli Bennett and his mom Rachel and John Bennett and his mom Dakotah; step-mother Shirley McGuire of Blackwell; brothers Darrin McGuire of Blackwell and Jack McGuire of Illinois; and other extended family and friends.

Services and cremation arrangements are under the direction of Ferguson Funeral Home.

Condolences to the family may be expressed at www.ferguson-funeralhome.com.