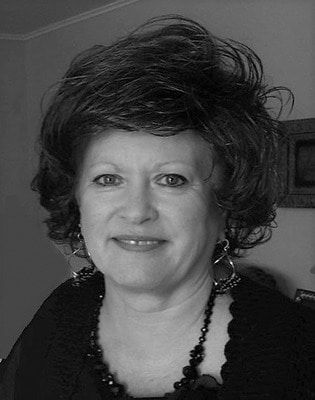 Trish was born November 19, 1953 in Blackwell, OK to Vivian (Nutt) and Ralph Matthews. While the family frequently moved through-out the country due to being an Army family, they settled in Deer Creek- Lamont, Oklahoma in 1968. Trish and her younger brother, Randall Matthews, attended Deer Creek- Lamont public schools; Trish graduated in 1971. Trish was known by her classmates to be kind-hearted and was the girl with the out-going, bubbly personality.

After leaving Deer Creek, Trish made Blackwell her home and remained there until her passing. She had two children, Ryan O’Dean Bellin and Aaron Matthew Bellin.

To know Trish was to know kindness and love. Later in her life, she became family and the grandmother to many who needed her along the way. Trish had a way of accepting you for exactly who you were, regardless of where you had been— and was likely the most selfless person you’d have ever met.

Trish enjoyed gardening, pickling, craft projects, attending her grandchildren’s sporting events, and spending time with her closest girl friends. Her grandchildren will always hold memories of baking along her side and playing Yahtzee.

Due to the pandemic, services will be scheduled for a later date at Bayard Cemetery in Deer Creek, Oklahoma.

Memorial contributions may be made to the American Diabetes Association, sent in c/o the funeral home.

To leave a special message for the family, please visit www.RobertsandSonFH.com.