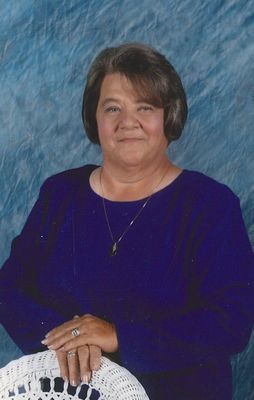 Sharon Kay Jernigan, resident of Blackwell, went to be with Jesus on Saturday, July 18, 2020 at her home. She was 71 years old. Sharon was born in Ponca City, Oklahoma to her parents, David and Gertrude (Gillespie) Harlin. She attended Ponca City schools. Sharon worked for the schools for many years before retiring. She married her true love, Richard E. Jernigan on October 9, 1975 in Blackwell, OK.

Sharon absolutely adored her grandchildren and great-grandchildren. She enjoyed making every family get-together feel special by having cookouts and setting up plenty of tables and chairs for everyone. Her faith was important to her and she would often help at her church in Newkirk as well as in Blackwell. Sharon loved being around people and was as generous as she could be to anyone in need.

A celebration of life will be held on Thursday, July 23, 2020 at 10:00 am at the First Assembly of God in Blackwell. Following the ceremony, Sharon will be laid to rest at Blackwell Cemetery. Those wishing to pay their respects may do so at Trout Funeral Home in Blackwell on Tuesday, July 21st from 5-8pm and on Wednesday, July 22nd from 9am to 8pm with the family present to greet friends from 6-8pm on Wednesday.

Arrangements are under the direction of Trout Funeral Home of Blackwell.