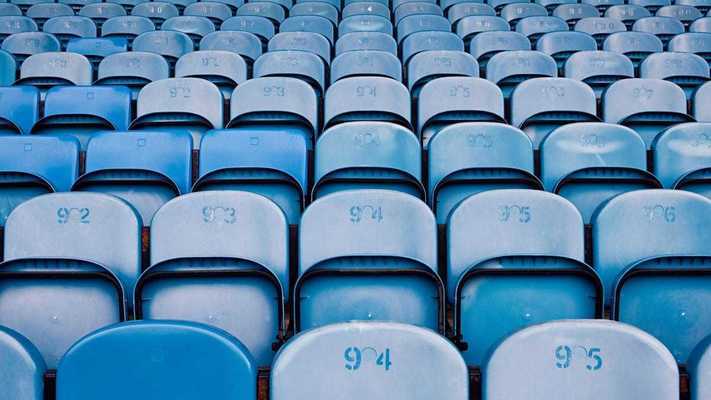 The Northern Oklahoma College Mavericks will be welcoming a new athletic director this week as the school prepares for a fall semester with no athletic events on campus for the fall semester. The Mavericks are part of the junior college and two college association across the country are delaying athletic seasons until the spring semester.

The NJCAA decision followed the recommendations from the NJCAA Presidential Advisory Council and the NJCAA Board of Regents.

The Mavericks have also announced the hiring of Alan Foster as the school's new athletic director. Foster replaces Jeremy Hise who has been at NOC for 20 years and is going back to high school to teach and coach in Enid.

"I would like to thank President Evans, Jason Johnson (Vice President for Student Affairs), and the rest of the search committee for their part in my selection as the next Athletic Director at Northern Oklahoma College," Foster said.  "I am very excited to join Northern Oklahoma College. I look forward to continuing to build on the success that the athletic program has experienced in the past."

Jason Johnson, Vice President for Student Affairs, said he is excited for what Foster can bring to NOC.

"I am excited with the opportunity to get to work with Alan and continue with the great tradition of Northern Athletics," Johnson said.  "Alan brings many years of athletic experience and will be an asset to our institution."

During his 18 seasons with the Warriors, Foster amassed 292 victories, which has him at No. 20 among the NAIA Division I men's basketball winningest active coaches.

While serving as the head men's basketball coach at Bacone, Foster also served as the   Athletic Director for the Warriors. Foster was also at Kemper Military Junior College in Boonville, Missouri for eight years.

Foster holds a Master of Science in Sports Administration from East Central University. He obtained his Bachelor of Science in Education from Missouri Southern State University.
Hise leaves NOC after 20 years with the final seven years as athletic director. Hise, a native of Perry, served as athletic director since 2013.  He served 11 years as an assistant to NOC Enid coach Raydon Leaton before becoming the school's athletic director.  He graduated from NOC Tonkawa in 1998, then earned a bachelor's degree from UCO and a master's degree at Northwestern.

Hise reflected on his tenure as the athletic director. "I've said many times before that if we lose every game and every student-athlete has a 4.00 GPA we have failed," he said. "On the flip side, if every team wins a national title but nobody graduates, we have failed.”

The Mavericks also recently announced that 45 athletes earned NJCAA Academic All-American honors for the 2019-20 academic year. Student-athletes are eligible to earn academic honors by achieving an overall GPA of 3.60 or higher for the 2019-20 academic year. Local students to be recognized include women’s soccer players Kayla Hooper of Ponca City and Hannah Hembree of Tonkawa and women’s basketball player Ally Jennings of Ponca City.

The Untold Story of a Nardin MLB Legend: Les La...

The Blackwell Flycatchers will swing for the fe...

Blackwell puts the "cheer" in "cheerleader"

Gospel music concert to be held this weekend