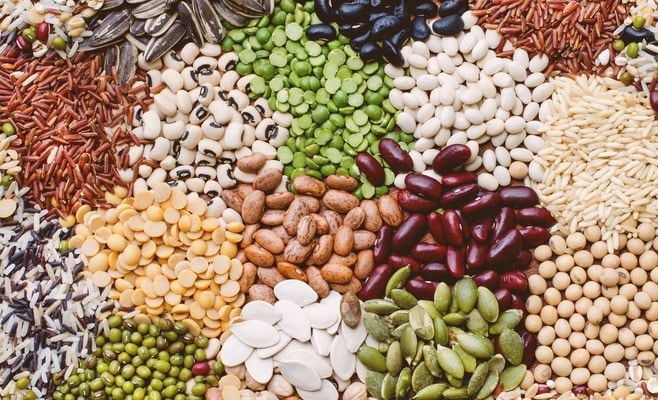 Kay County agricultural officials are investigating reports that local residents have received packages of seeds and other items that they never purchased from companies in foreign countries.

In recent weeks, people across the United States have reportedly received unexpected packages of socks, seeds, sunglasses, and surgical masks – among other items – from shippers in China.

Shannon Mallory, an agricultural educator with the Oklahoma State University Extension Office in Kay County, said officials with the Oklahoma Department of Agriculture, Food, and Forestry have collected “an array of seeds” from various citizens across the Sooner State who have received the suspicious shipments.

Officials believe the shipments may be part of a large “brushing” scheme, a business practice that has spawned from the era of online shopping.

The Better Business Bureau describes brushing as a scam. Here’s how it works.

Companies – often online merchants from foreign countries – obtain a person’s information from the internet, the BBB said in Aug. 3 article on its website. This information can include home addresses. The company mails the person a package. Once the package is delivered, the company uses the recipient’s name and writes a positive review of its own product.

By using a real person’s name, the review seems legitimate. The review is then posted online. Customers who actually want to purchase a product the company is selling will see the review and – in theory – be motivated to purchase the product.

“The payoff is highly profitable from their perspective,” the BBB said.

Mallory said that’s one “theory” of why people are receiving unsolicited packages of random items. But why seeds?

Seeds can be shipped inexpensively, Mallory said. And in some brushing cases, it’s the package – not the product – that matters.

For brushing to work, a company has to show that a package labeled as “socks,” for example, has been delivered to a person’s house. But the contents of the box are irrelevant. The company’s computer database just has to show that socks were delivered – when in reality, the package can contain anything but socks. As long as the company has mailed a package to someone – and can use that person’s name to write a review of a product – the scheme has paid off.

“Some of these things are labeled as jewelry, electronics, wiring, stuff that’s small but high-value,” Mallory said. “So they can ship seeds for really cheap to people overseas, and they can create a verified review and hopefully profit off that.”

Mallory said his office by Monday had received two such packages from Kay County residents. One package contained seeds, and the other contained masks.

While the seeds might simply be stuffing in an envelope, agricultural officials are asking residents not to plant or throw away any seeds they receive. Officials are testing the seeds to determine whether they could produce harmful species of plants.

“They’re certainly asking you not to plant the seeds, and the reason why is they tend to become invasive,” Mallory said. “That’s what they’re trying to avoid by telling people, ‘Do not plant these seeds, do not throw them in the trash, because they could just come sprouting up in the landfill or wherever they go.’ That’s the major concern.”

The shipments of potentially invasive plants from China come amid heightened tensions between the United States and the Asian nation. In May, economic analysts told CNBC that the coronavirus pandemic could make the rivalry between the two economic powerhouses even stronger – with each nation looking to gain power over the other.