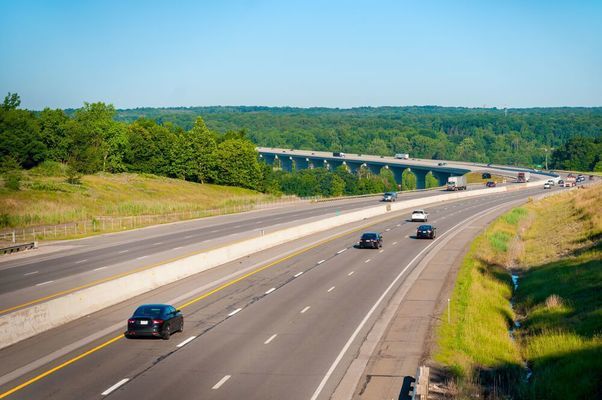 When I’m driving down Interstate 35, I can’t help but think of Sammy Hagar wildly playing “I Can’t Drive 55” on his shiny electric guitar.

Do you feel the same way? If you do, I’ve got news for you.

On Aug. 3, the Oklahoma Transportation Commission voted to enact a new maximum speed limit of 75 miles per hour along roughly 400 miles of I-35 and I-40 in rural parts of Oklahoma. For those of us in northern Oklahoma, that means the drive to Oklahoma City is about to get a little bit shorter.

The current speed limit along most Oklahoma interstates is 70 miles per hour, but that will change in the coming months as state highway workers build and install new speed limit signs.

How’s that for taking life in the fast lane? If you haven’t already heard about these changes, let’s get you – pun intended – up-to-speed. (Sorry. I couldn’t resist.)

These changes have been in the works for a while. In 2019, the state Legislature passed a bill allowing the Oklahoma Department of Transportation to raise speed limits along portions of our major thoroughfares where traffic engineers feel it is safe to do so.

“Both the Oklahoma Department of Transportation and the Oklahoma Turnpike Authority carefully studied potential locations to be candidates on each of their systems,” ODOT officials said in a news release.

“Criteria was safety-driven and included factors like roadway geometry, sight distance, collision history, traffic flows and existing speed patterns to determine eligible locations. Larger metro areas along interstates such as Oklahoma City and Tulsa were not considered for changes as part of this process, but could see changes in the future depending on how drivers handle the current increases.”

The speed limit along I-35 will be raised to 75 miles per hour from the Kansas state line north of Braman to the Oklahoma County/Logan County line in central Oklahoma.

That’s interesting for a couple of reasons. First of all, it will make your commute to Oklahoma City shorter. And second, if you’re driving back to Blackwell from Wichita, Kansas, you won’t have to tap the brakes when you cross the state line. The speed limit on I-35 in Kansas has been 75 miles per hour for years.

“The Oklahoma Highway Patrol urges drivers to pay close attention to the posted speed limits on their route or risk a ticket,” officials said. “Discussions with safety and law enforcement partners have been invaluable to this process and will be ongoing, especially to help monitor the changes and determine if any adjustments need to be considered for safety.”

Of course, the stretch of I-35 we northern Okies use to get to the “big city” isn’t the only stretch of highway that’s getting a new speed limit. Here’s a breakdown of the other speed limit changes across the state.

Speed limits will be raised along I-35 from the Oklahoma/Texas state line for 90 miles. This swath of the roadway ends just south of Purcell. If you’re heading to Dallas for the weekend, just put on the brakes in central Oklahoma, and you’re good to go.

Speed limits are also being raised along spans of Interstate 40, though these changes are a little choppy.

In western Oklahoma, you’ll be able to drive 75 miles per hour from the Texas state line east to Elk City. The speed limit won’t change in the area near Elk City, where the state is building new on-ramps and off-ramps. This system of ramps is called a “diverging diamond,” which is designed to reduce traffic congestion at exits.

Once you pass Elk City, hit the gas for another 22 miles until you get close to Clinton. Slow down again. Once you’re almost to the Custer County line, pour on the coals and hot-foot it to Yukon.

You’ll have to hit the brakes once you get to the Yukon area. But here’s the charm: once you reach the Shawnee area, you can drive 75 miles per hour for 116 miles until you get just west of Sallisaw.

State highways aren’t the only roads giving drivers the newfound freedoms to drive their lives away. Speed limits along more than 100 miles of Oklahoma turnpikes will be raised to 80 miles per hour from 75 miles per hour in the coming months.

It’s time to get on the road again.