THIS IS WHERE I LEAVE YOU: Coping with loss through film 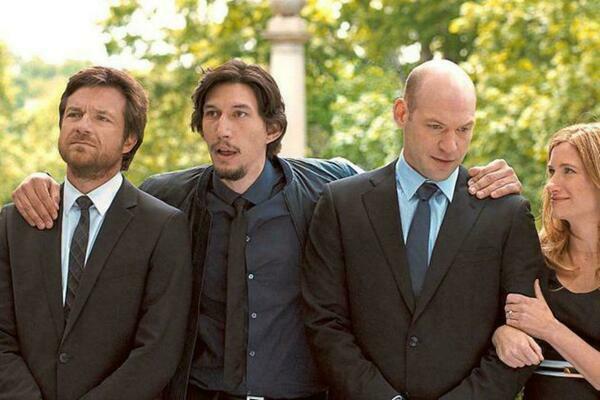 On loss, I have learned recently, that maybe it is sometimes just like the movies.

A dear friend of mine- a community celebrity, if we’re being honest- passed away the weekend of April 2. It was the first time anyone close to me had died. Like, really close, so of course we all took it hard. Being a close-knit group of friends, everything impacts everyone. Especially us.

The 2014 film THIS IS WHERE I LEAVE YOU is a dramedy that deals with a family all returning to their childhood home in upstate New York to sit shiva after their father unexpectedly dies.

The family here consists of an impressive and talented roster including Jason Bateman, Tina Fey, Corey Stoll, Adam Driver, and their matriarch played by Jane Fonda.

Sitting shiva, in the Jewish faith, is a 7-day period of mourning after a person is buried where the family sits in their home and is visited by friends and neighbors throughout the week. Sort of like a hybrid celebration of life and funeral reception.

The melancholic film of course deals with the tangled web of having all of these siblings back under one roof to deal with this passing and, of course, to deal with “being back” in their home town and reflecting on lost loves and childhood experiences. It is a fantastic film, and one of my favorites of all time. But I never really “understood” it I guess, until last week.

From Sunday through this past Saturday, we stayed at our friend’s house and mourned. We ate, we drank, we cried, we talked. People brought plates and dishes, liquors and beers, blankets and pillows to sleep on and under.

Similar though to THIS IS WHERE I LEAVE YOU, I noticed perhaps the one thing we did more than anything else was laugh. We didn’t laugh because of the situation, but rather because of the person. We told stories, we made jokes about him like we used to. It was profound in how close the death brought us all. How it opened everyone up.

We remembered things we’d long forgot, we observed how senseless it was that such a tragedy is one of the only times in a year or so that all of us had been so consistently close. It was a bunch of people being fussy around a man that wouldn’t have liked such a fuss to be made.

To quote Jason Bateman’s character in the film:

Similarly, MANCHESTER BY THE SEA is another (albeit more drama than comedy) dramedy about the loss of a ‘brother’ and the homecoming of another to care for his nephew. This Oscar-winning film stars Casey Affleck, and I think puts into perspective the hollow weightlessness of how certain people handle death until it just...materializes and becomes real.

MANCHESTER’s key scene (well, one of them) involves the deceased’s son finally breaking down and dropping his flippant attitude when he can’t close a refrigerator door and has a complete breakdown imagining his dad “frozen” like the packages of food that keep falling out. It’s a marvelous scene that is comedic, sad, and now understandable.

Do films or TV shows help your process grief and loss? Comment and let me know.

Mother's Day is every day: honoring our strong ...